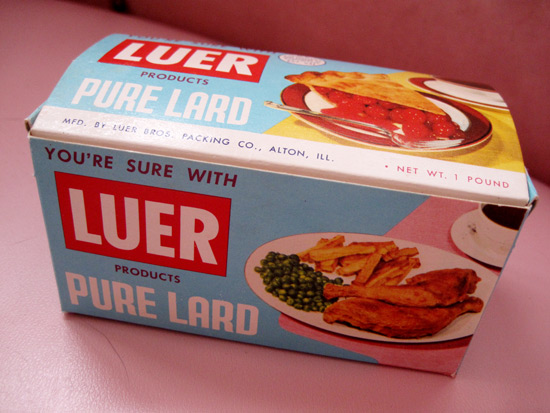 I’ve never actually chomped down on a hunk of Luer Pure Lard but it sure comes in a pretty box. Not only is the box coated with enough wax to make you feel like you’re actually picking up a fistful of lard but many important lard ladden foods are illustrated in glorious color. 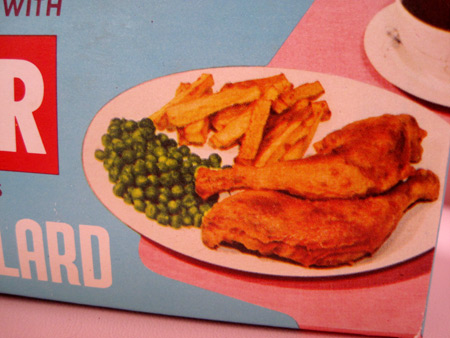 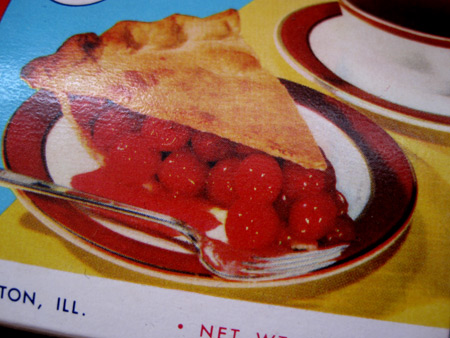 I especially love this graphic of the chocolate cake: 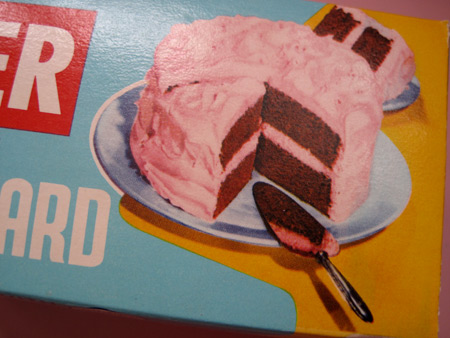 I’m not sure how much the lard had to do with it but the way the cherry pink frosting is positioned on that cake knife hovering in perfect symmetry above the crumbs of chocolate is picture perfect.

I’m also not sure how ‘Luer” is pronounced but I have a feeling it’s not a perfect rhyme with “sure” as they’ve implied. 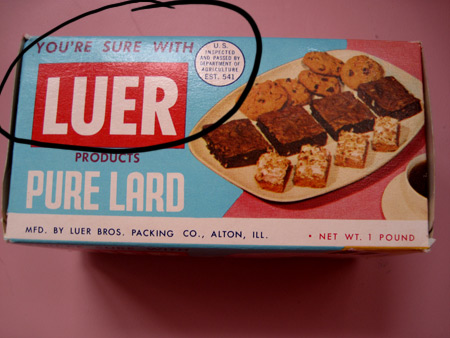 It’s a good thing that whoever came up with that was writing slogans and not lyrics. Always better with a perfect rhyme in songs though I can’t tell you how many songwriters throw that one out the window.

I never understood the use of these kind of boxes to package lard. Not that I ever bought any to know for “sure” but wouldn’t the product goop out of the sides and top and be more appropriate in a tub? I’m just glad that none of it slopped on this box before it was used.

Manufactured by Luer Bros. Packing Co. of Alton, Ill. sometime around 1950, I have a feeling that the boxes were actually more popular than the lard inside. A search on Google turns up enough of these 2-1/2″ x 3″ x5″ honeys to paper a path from Manhattan to LA. 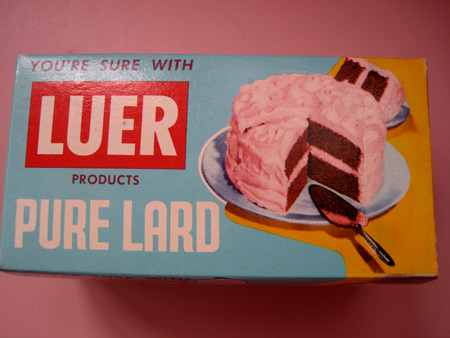 Thank you, aKitschionado Ginger Durgin, for your generous contribution of ten Luer Lard boxes to the permanent collection of The Allee Willis Museum Of Kitsch!