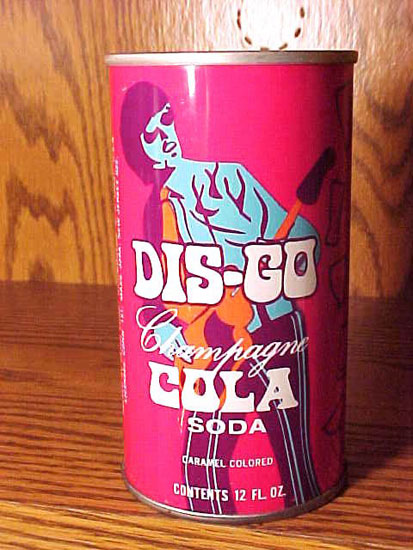 Mmm, nothing tasted better in the 1970’s than something reminiscent of sweat, polyester and poppers.  Popular Dis-Go soda flavors included Champagne, Beer and Near Beer.  I don’t recall any liquid being the Disco refreshment of choice but a trend catching on so big that even makers of seemingly unrelated products want to capitalize on the name makes for Kitsch classicism.