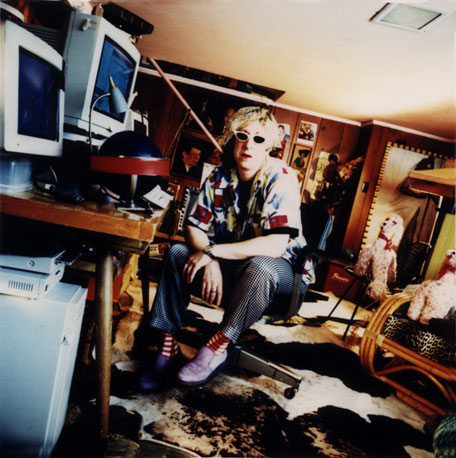 On one of the social media sites I have rented a room in someone posed the question, ‘What does it take for a social media experience to feel genuine?”

I have various frustrations with all the social networks – Myspace feels like a haven for overamped graphic school dropouts with an obsession for self promotion, Facebook has too many rules about how you can communicate and limits the number of friends you can have, Twitter limits you to 140 characters which is exactly what works about it but encourages outrageous numbers of numbifying tweets. YouTube, Ning, Triibes, Flickr, Tumblr, StumbleUpon and the trillion other online communities springing up faster than rabbits all have incredible strengths and brain numbing weaknesses. Which means you have to find the one/s that resonate with you and then paddle as fast as you can.

I’m a person with many friends, on both physical and virtual planes. Having thought about the design of social networks for close to 20 years here’s what I commented back:

Two key words in your question: social and genuine. A great host/ess has great social skills. Whether it’s in physical or virtual space it’s about creating a unique environment that people feel totally comfortable in because they’re entertained and stimulated enough in to interact with each other and get something they can’t get anywhere else.

Great parties, pages, lenses, websites, restaurants, stores, meetings, etc. happen because the leader/owner/party thrower has created a unique space and experience that brings out the creativity, heart and brain power of the participants.

A great host/ess also knows how to put together a fantastic guest list, matching people because of their passions, not because they owe them an invitation or it’s a way to get everyone you know in one room. And those initial handpicked guests bring more people of similar mind who then spread the word. This works exactly the same in your living room as it does in cyberspace.

Re the word ‘genuine’, it’s just that: a genuine expression of the leader’s passion or knowledge expressed with enough flair to make it a happening. Fakes are easy to spot.

Check out my Smock It To Me (Art Can Taste Bad In Any Medium) party I threw in 1992. It commemorated my giving up being a linear songwriter and artist in order to pursue my new passion, building a social network. This was 1992, mind you. I was a pretty prolific party thrower because it was the only platform I had where I could do everything I did in one space – music, art, collecting, building sets, throwing parties, etc. I created themed environments and planned humorous activities that would encourage interaction and creativity. I realized I could do the same thing in fledgling cyberspace but with an added bonus, encouraging people to collaborate and communicate with each other on an ongoing basis and not just during the few hours they spent in my backyard.

I spent the next 5 years developing willisville, my vision for a visual, collaborative social network. Seeing as most folks didn’t even understand what the Internet was in ’92 let alone trying to explain what a social network was, it was a pretty hard sell. I was, in fact, funded by Intel in ’95 to build a prototype but, in reality, rather than getting to build anything even remotely resembling willisville I was just there to paste pretty pictures and nice music on a demo of some dorky technology they had already invested in.

From 1991-’97 I consulted on the socialness of cyberspace for companies like Intel, AOL, Silicon Graphics, Microsoft, Disney, Warner Bros., blah blah blah. I even testified in Washington on artist’s rights in cyberspace. But most of the time it was like throwing mud at a wall and watching it slowly slither to the ground.

I finally gave up pursuing my dream of building a social network in 1997 until a couple of years ago when I saw true signs of life in Facebook. Although there’s much I hate about Facebook like limiting the number of friends you can have or the number of messages you can send within a certain time period, feeds only going to a slice of your friends – don’t get me started here – it was the first place I saw that encouraged genuine communication between like minded folks without being a shill for one more way to promote yourself or your crappy band.

The trick in creating great social media, of course, is not to jump on the bandwagon but to figure out how to have a seat by creating something totally your own that speaks to people in a way none of the other places are doing it yet. It’s got to be a) social and b) genuine so c) people will come and d) return with their friends.