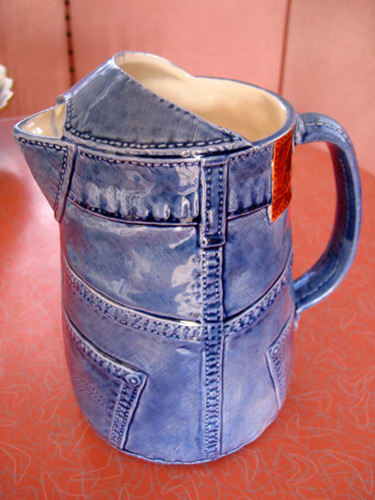 Blue jeans were SO popular in the 70’s they not only were wrapped around every inappropriate body shape imaginable but also around every object that could possibly be interpreted via denim. This pitcher is one of my favorites. Not only is the blue ceramic faithful to the blotches of fading with deeper blue remaining around the stitching but it even has a glossy ceramic rawhide label.

I used this on the set of Just Say Julie, the first music video clip show on MTV ever, which I art directed from 1989 to 1991. That’s when I crossed the line from a collector of great Atomic design into hard core Kitsch. Some of things I bought at swap meets were so ugly it creeped me out they were in the car. But they were perfect for Julie as they were as crass and commercial as many of the videos she was spoofing. 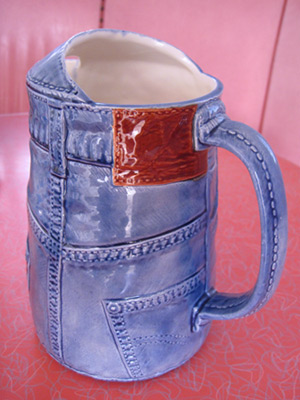 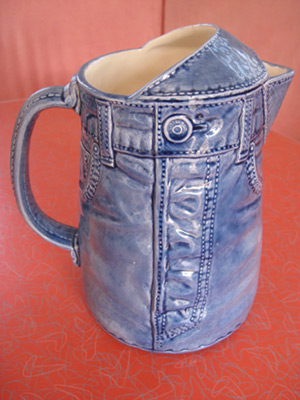