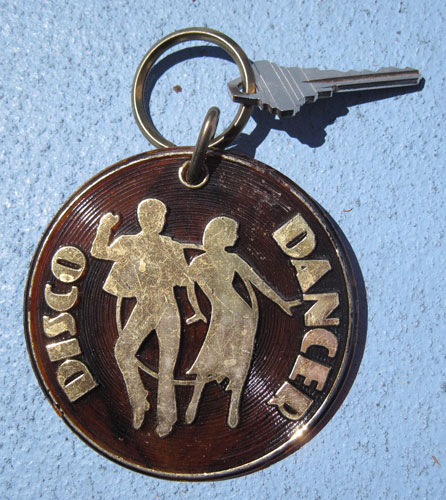 3″ round tortoise shell plastic keyring from 1979 with grooves like a vinyl record and raised gold Disco dancers whose silhouettes look more like they’re on their way to an Anne Murray concert than to Studio 54. The back has a glass mirror, long broken, that says “Hot To Trot”, as if that were a slogan of the late 70’s and not property of the Bobby Soxers three decades earlier. Manufactured by Bromac, which sounds more like a company that makes antacid than Disco products. All in all, everything misses the mark just enough to make this a Kitsch lover’s dream. 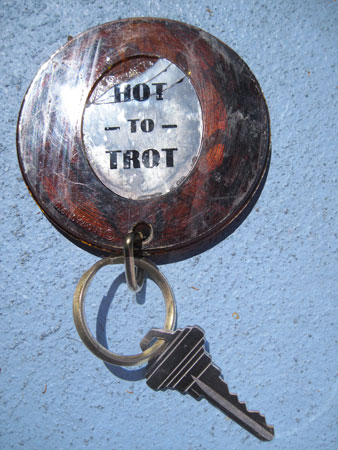