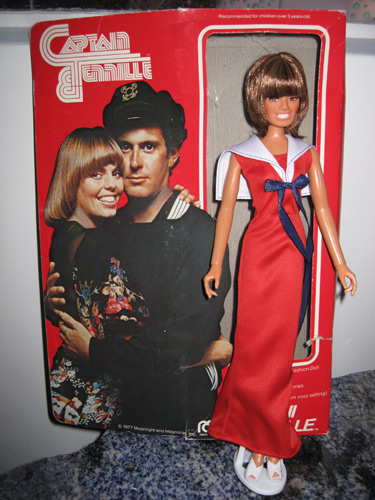 In my formative years of being a songwriter, the Captain and Tenille covered the AM radio landscape thicker than astroturf. Even their bulldog, Elizabeth, was part of the act that made wearing a dorky captain’s hat and walking around with a bowl haircut that looked like it had marshmallows stuffed in the curled under ends fashionable. But for whatever can be said about their ultra bubblegum, cringingly cute look, Captain and Tenille made equally as cute yet great Pop records like “Love Will Keep Us Together”, 1975 Record Of The Year, and the evermore schmaltzy “Muscrat Love”, a song with a great melody whose arrangement featured scrunched-up-rat’s-nose synthesized rodent sounds.

This Toni Tennille doll is a “fully poseable fashion doll” that’s 12-1/4 inches tall and features “cut out accessories”, which means you have to cut out cardboard shapes of Elizabeth the bulldog’s bones and bowls and then play with them flat on the table.

Ms. Tenille was made in 1977 by C&T’s own Moonlight and Magnolia, Inc. in association with Mego Corp, maker of some of the most popular and cheesiest dolls of the 1970s as evidenced on the back of the box where photos of other dolls in their TV Starz series feature Tenille’s identical face. 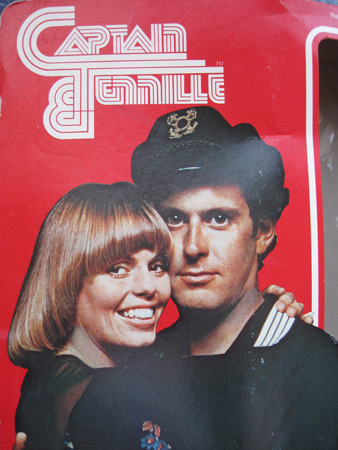 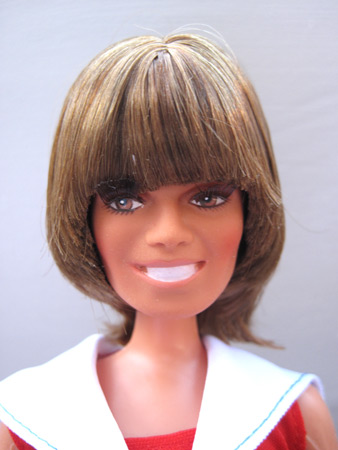 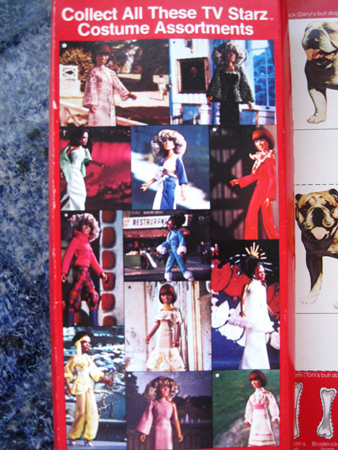 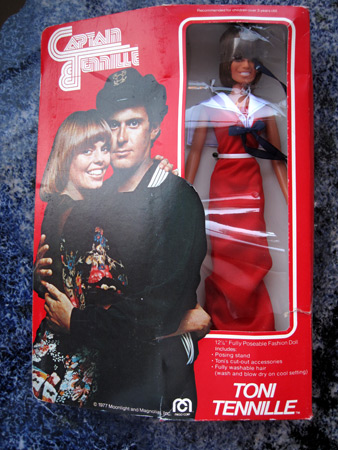