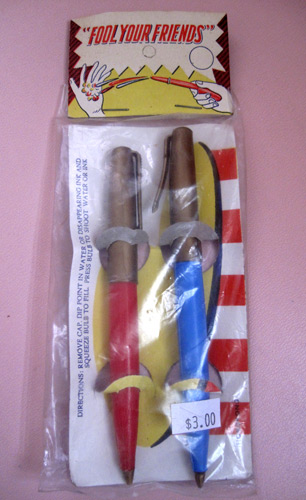 These cheap, flimsy plastic fake pens were all the rage as similar ‘joke’ toys made in Hong Kong like snapping packs of gum and snakes exploding out of peanut cans flooded novelty and drugstores shelves in the 1950’s and 60’s. You pull the cap off, squeeze the pen as you hold it in water (or invisible ink!) and then aim. I bought these ultimate squirt guns by the carton full with my allowance money and spent my youth asking people if they needed a pen.

I found this set for three bucks recently.   I was only paying 29 cents back in the day, which means 14.5 cents a pen/squirt gun. Though I’m still never without 10 (real and more expensive) pens on me at all times these are still my favorites. 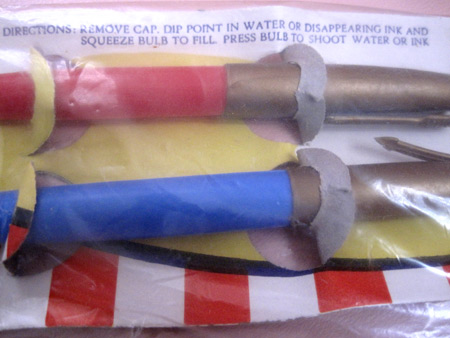 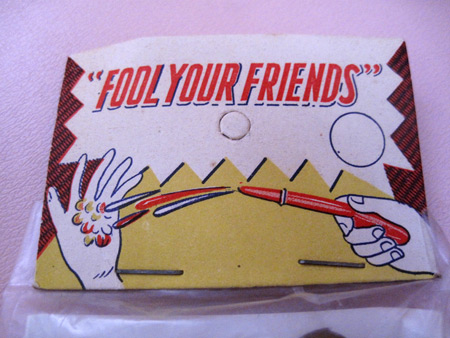