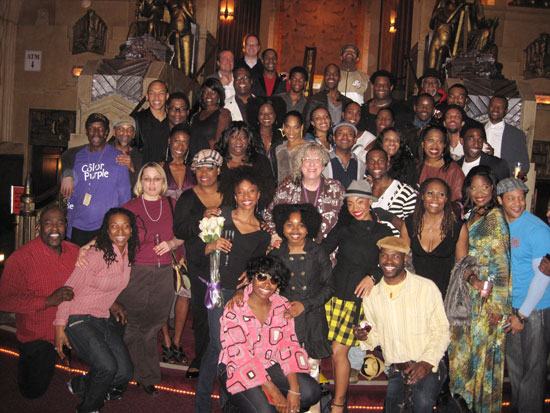 Last night was the closing of The First National Tour of my musical, The Color Purple.  I had never written a musical before, hardly ever went to see them.  I’m an all-the-way Pop Culture gal and for me this was a medium from ancient times with way too histrionic sounding songs and singers frozen in time.  I was the least likely person in the world to write a musical but write one I did, with Brenda Russell, Stephen Bray and Marsha Norman. We were nominated for 11 Tony’s.  How we even won one, the brilliant LaChanze for Best Actress, was a miracle in the climate on Broadway. (Don’t get me started on that one…). Beyond being eternally proud of the work, especially the uplifting and joyous effect it had on audiences night after night, the most stunning part of the journey was the family of friends I made through the Broadway run and the ensuing national tour.  Right from the beginning when we started writing Purple in 2001 I always heard that  there’s constant bickering among everyone but we were all really friends.  And I mean everyone, from Alice Walker, the Pulitzer prize winning author of the novel, down through us authors, the cast, director, producers, hair, makeup, wigs, production managers, everyone.  I was always being told by other friends who had written for Broadway that by the end no one would ever talk to each other and that so many writers of so many shows, because the experience takes years and is so intense, never end up  speaking unless they write another show and then it’s just about work. Our case always was and remains different. This is a family that will be together forever, bound by an experience where the piece itself was bigger than any one part. Everyone felt chosen and blessed to be a part of The Color Purple. Fantasia WAS Celie.  Watching that journey of her finding herself through this character was a joy and a privilege. Every cast member, starting with the staggering Felicia P. Fields, Tony nominated for Sofia and the first actor we ever cast in 2003, was not only a triple threat – brilliant singers, actors AND dancers, a rare enough find in one person let alone an entire cast – they were a gift for any artist to have interpret their work.

One of the key lines of the show is when Shug Avery says to Celie, “I think it piss God off if anyone walk past the color purple in a field and not notice it. He say look what I made for you!”   Life is all around us. The blessed ones among us understand that the real gift is fantastic friends, a glorious sky over our heads, birds singin and the fact that we’re here at all. I thank every single person in this photo for a fantastic five years. I look forward to more in another space and time. We all know we’re together always. 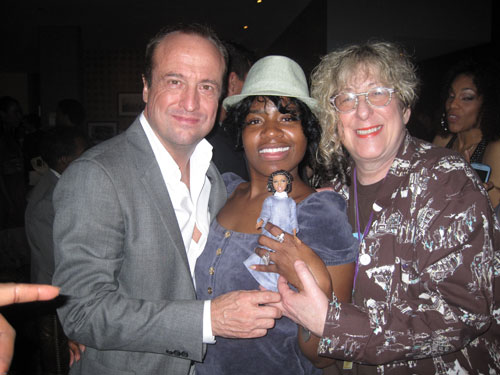 With Gary Griffin, our director, Fantasia and the Celie doll with cornrows and real wardrobe that Hair and Makeup made me after my Sound Of Soul party last week. 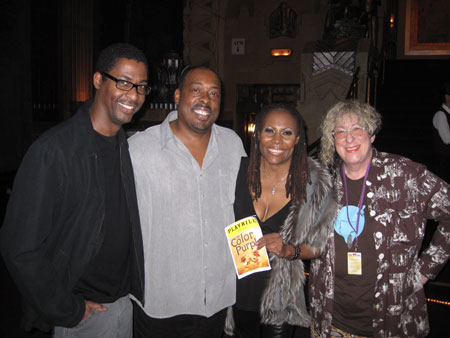 With my co-composers and lyricists, Stephen Bray, Brenda Russell, and Wayne Linsey, who played keyboards on all our original demos for The Color Purple.