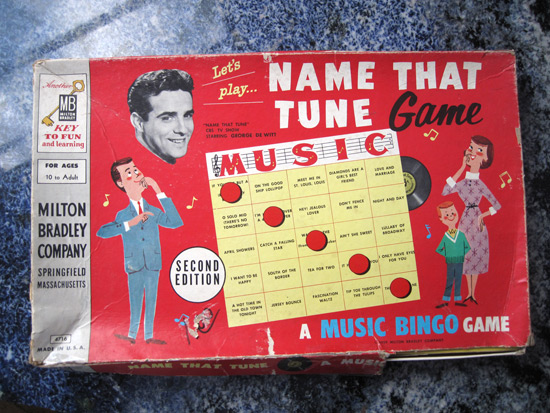 Well, the obvious tunes I would name are “September”, “Boogie Wonderland”, “Neutron Dance”, “What Have I Done to Deserve To This?” and I guess “I’ll Be There for You”. The rest of my favorite tunes are here.  But if I have to credit an early source of inspiration for being in the music business and then becoming a songwriter it would have to be the TV show, “Name That Tune”,  upon which this game is based and which I watched  religiously as a wee nip.

There’s nothing more I like in a game from a Kitsch perspective then if it’s convoluted to play. On the other hand, I love the early  attempt at  injecting multimedia interactivity into it. Made in 1959 by Milton Bradley, you play “Name That Tune” by the player elected to be “Disk Jockey”  spinning the dial three times, calling out the numbers on which the arrows stops each time and then spinning the enclosed 78 on which actual TV host, George De Witt,  introduces himself, calls out a number and “plays” a tune. 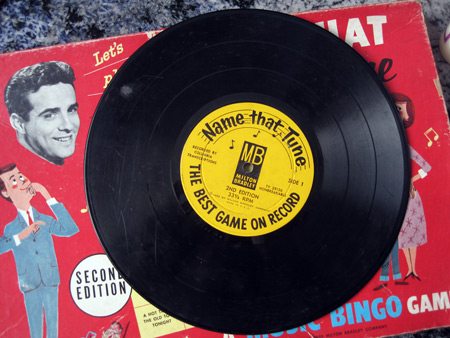 From here on in I don’t understand the instructions. But maybe you do as there’s still a foot of them to go through: 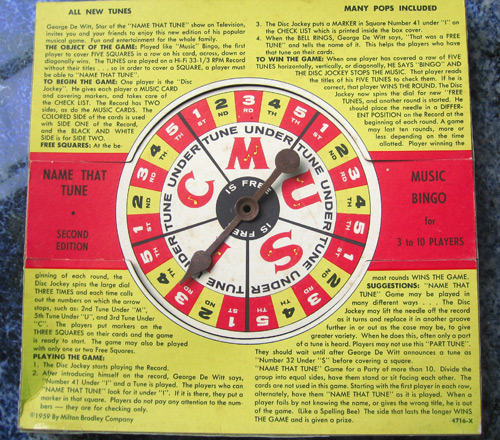 “Name That Tune” ran from 1953 to 1959 on CBS with De Witt as the most popular host until it came back  from 1974-’81 with Tom Kennedy and later with Jim Lange. The game show became the template for a continuing slate of copycat shows as well as ones that borrow from it heavily including current fare like “Don’t Forget the Lyrics” and “The Singing Bee”. 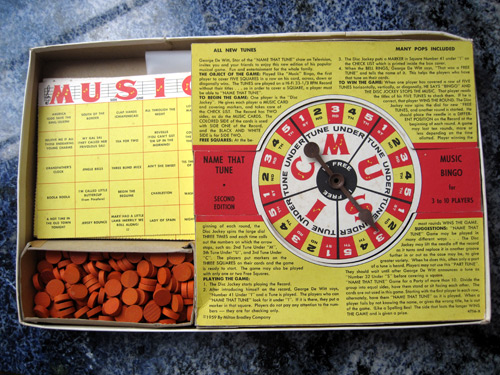 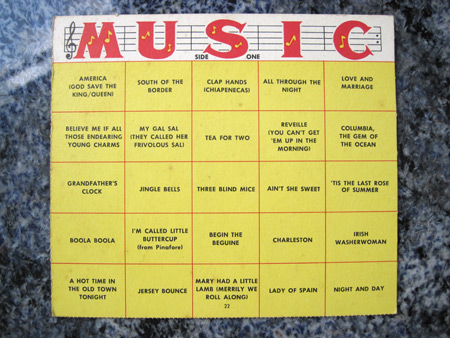 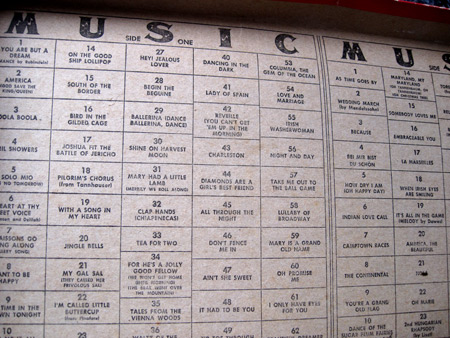 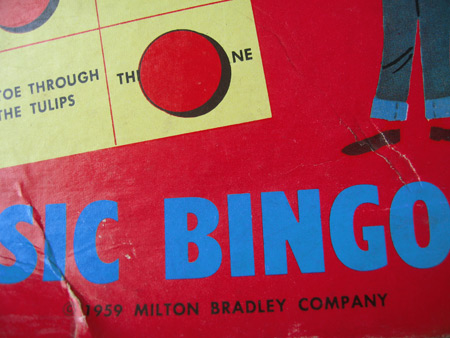 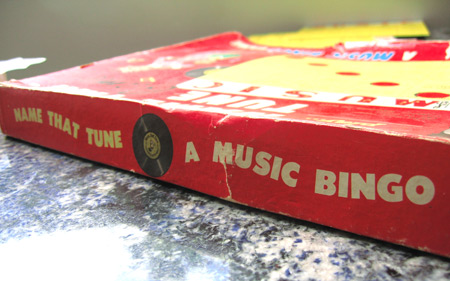