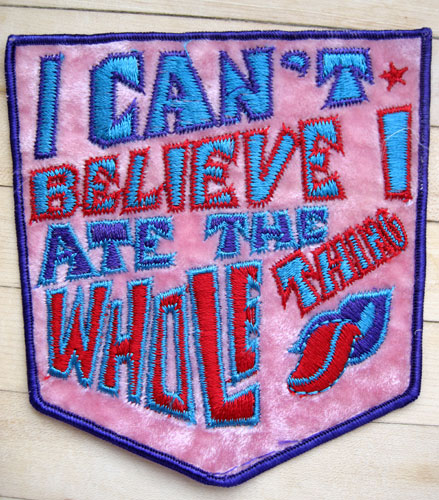 Introduced as the Alka Seltzer slogan in 1972, “I can’t believe I ate the whole thing” became one of the most popular colloquialisms of its day. Glorified here as an iron-on embroidered fake fur patch, including a fake Rolling Stones tongue, this proclamation appeared everywhere from t-shirts to comedy sketches throughout the early 70’s.

Made by Rayberg Supply Co. of San Carlos, CA. the ‘Pik a Pocket’ fashion accessory didn’t go near any of my jeans – I always knew I ate the whole thing – but was slapped on many a more delicate bellbottom around the world.

The slogan roared back briefly in 2005 when Alka Seltzer trotted out Peter Boyle in his “Everyone Loves Raymond” Frank Barone character to moan and groan post food inhalation. 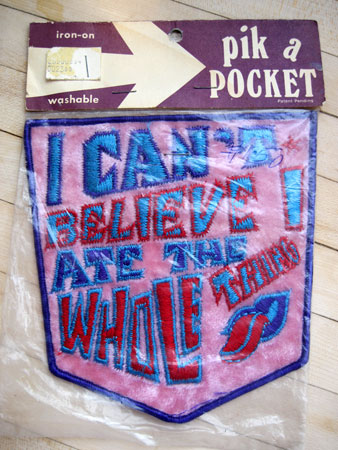 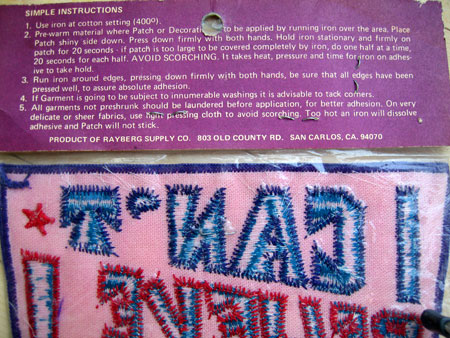