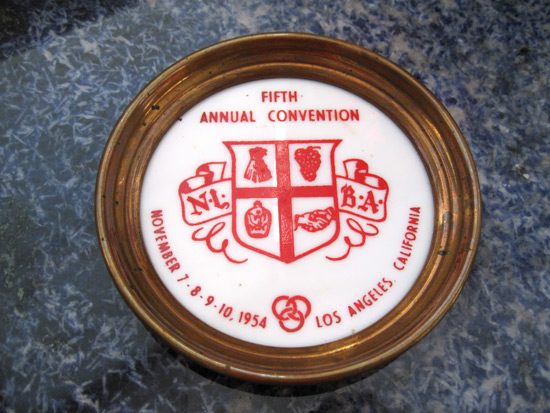 I have no idea what the NLBA is but apparently they covet grapes, handshakes, a wine bottle or a hat- I’m not sure which it is in the bottom left corner of the shield – and what appears to be a bunch of asparagus in the top right. Whatever these revelers did it was on November 7-10, the latter of which is my birthday, 1954 in Los Angeles.  Maybe it has to do with the Olympics as half of the interlocking rings are there too. Maybe Shriners?  I don’t know but they sure make a sturdy ashtray. Made of  copper and glass it’s large enough to hold at least 10 Marlboros, Viceroys, Kents or Camels that undoubtebly got crushed in them constantly during those four days in November and for years to come. 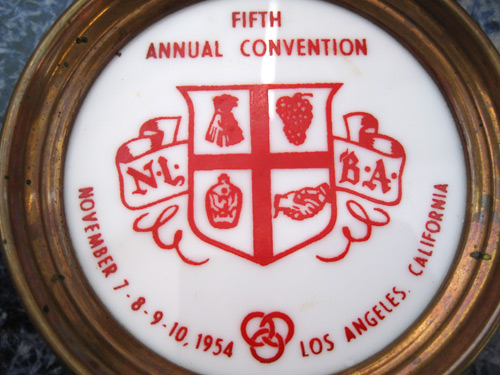