Allee Willis’ Kitsch O’ The Day – Me and My Marching Drums 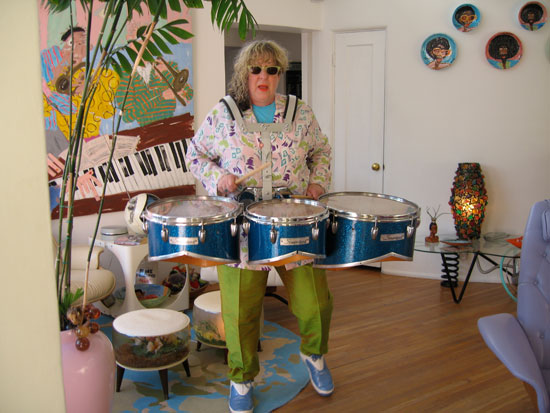 As we speak, I’m most likely on a plane to my alma mater, the University of Wisconsin, where I’ll be conducting the Marching Band who will be playing my big hits at the Homecoming football game on Saturday. This is not only exciting but insane as I don’t read a stitch of music despite the fact that my songs, 9/10ths of which I also write the music for, have sold over 50,000,000 records. What I’ve learned from watching marching bands on YouTube is that versions of the songs they play not only differ from the records but also differ from each other. So I’ll just be winging it. In front of 82,000 people. Here’s a video I found on YouTube when I decided I should see how big the band is. I almost had a heart attack when I saw this: 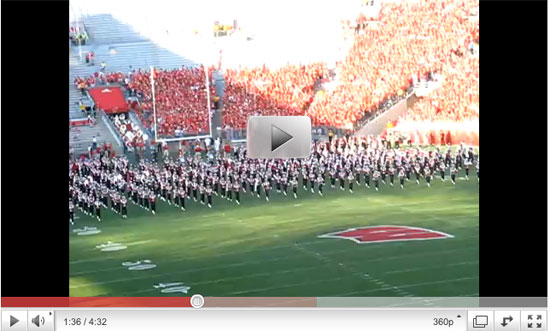 I may not know where the band is going with my songs but one of my musical strengths has always been that I’m best creating spontaneously. Throw something at me and I can make immediate sense of it, like I can put a melody over chords the first time I hear them. So my plan is just to listen for what the band’s doing and react instantaneously. At least the hundreds of musicians in the band will be able to clearly see what I’m doing because I just got done attaching bicycle handlebar grips and glittering my batons or whatever you call those sticks conductors use to conduct with. 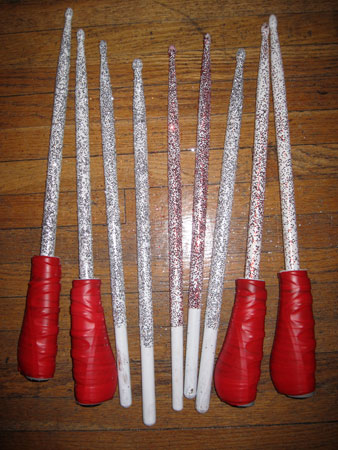 I always have a lot of drumsticks and mallets on hand. 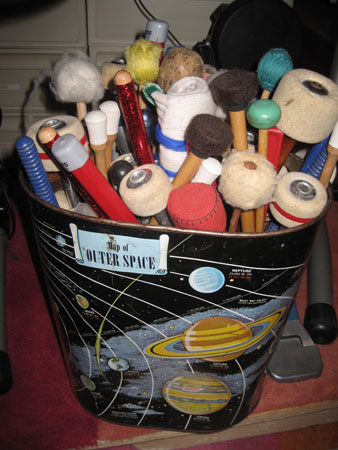 All the plain drumsticks are missing because they’re going to the football game with me. Which brings me to the main reason why I’m so excited to conduct a marching band. First, I’m elated, of course, that they’re playing my songs. But even moreso, I love marching bands. And I especially love marching band drums. Not only do I have a vintage set as you can see in the photo at the top of this post but I have quite a few sets of them, including one we used in my current YouTube extravaganza, “Jungle Animal” by Pomplamoose and Allee Willis. 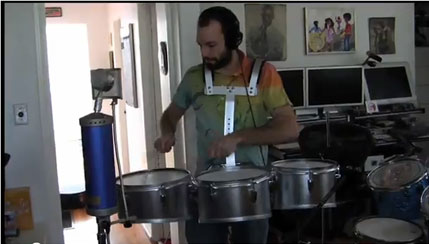 “Jungle Animal” is by no means the first time I used marching band drums in one of my songs. In 1980 we used an entire marching band in “Street Beat”‘, a song I wrote with Toni Basil and Bruce Roberts and sung and danced brilliantly by Toni here in 1980: 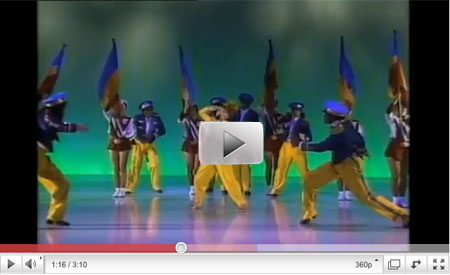 All of which is to say I’m pretty damn pumped about conducting the University of Wisconsin band. I’m a little concerned about falling off the conductor’s platform as from what I hear it’s just a few feet square, with no rails and 25 feet up in the air. I’m not one to be trusted not to move, between my natural proclivities to do so and the sheer psychologically altered state I’m sure I’ll be in in front of all those hundreds of musicians playing my own songs in my #1 favorite genre of music. I have no idea what I’ll attach myself to but I’m bringing extra strength bungee cords along to hook on to something so if I tumble I’ll just bounce. Knowing me, I’m pretty sure I can bounce in rhythm. 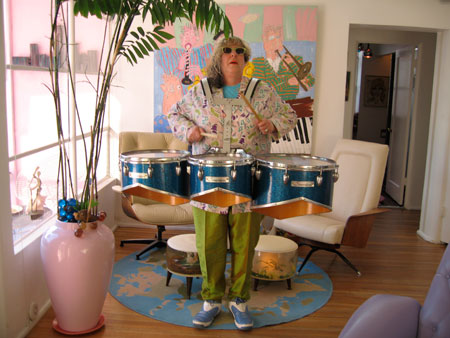