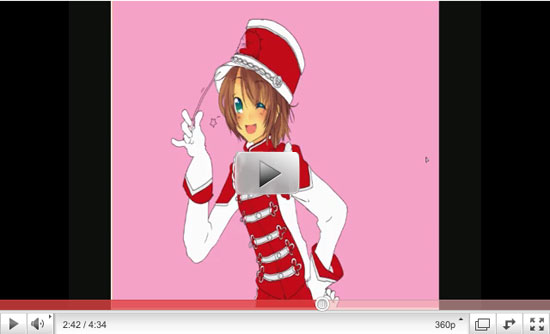 As opposed to being an actual marching band version of my song, “September”, this is a little film made for the high school band director, presumably by someone in the band, presumably BunnyThe Assasin, the person who posted the video. As far as I can tell, it’s a lesson in speed painting a majorette to the original Earth, Wind & Fire version of the song, which should come as a relief to some people following this series who are aghast at the versions of the song that have populated it so far. My favorite thing about this is that the video was obviously sped up to accentuate the concept of speed painting, but so much of the song is still left to go before the painting ends that one wonders why it was sped up so much. I’m very happy to report, however, that these are University Of Wisconsin colors as I just had the time of my life conducting the Badger band doing among other songs, “September”.