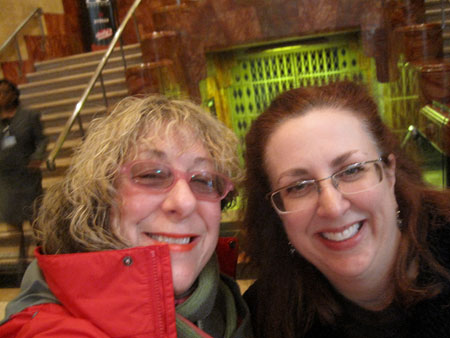 Designed by Wirt C. Rowland in the 1920’s for The Union Trust Company banking group, this 40 story skyscraper, towering over the city at the time, fell victim to the 1929 stock market crash before it even had a chance to open. Saved by the Union Guardian Trust Company it’s been a gem in the Detroit skyline ever since. If you’re an Art Deco freak, take sedation before you walk into this magnificently maintained edifice because your eyeballs have rarely been exposed to anything in this genre of this proportion. 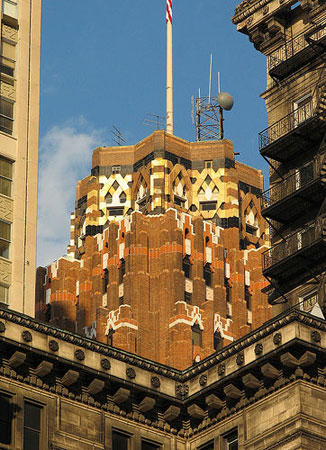 Our tour guide was Christopher Roddy, he of eternally beckoning face made famous during this year’s crop of Super Bowl commercials in what many people deemed to be the best, the Eminem Chrysler commercial. 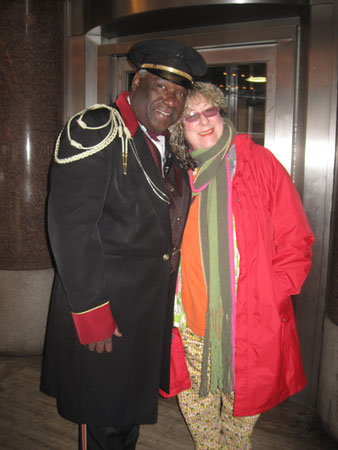 Here are some of the more spectacular architectural details of The Guardian Building: 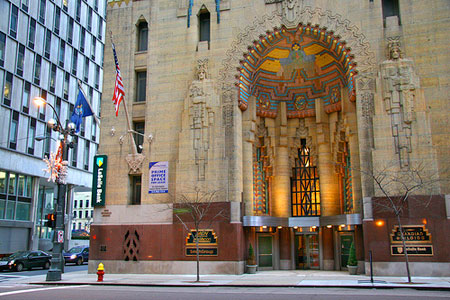 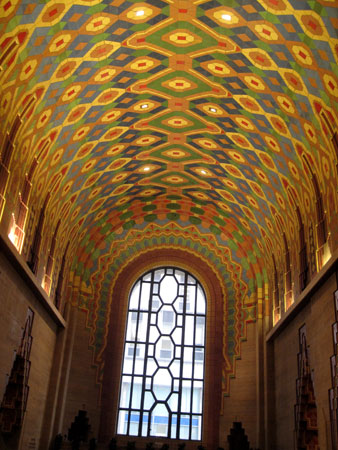 As a kid I thought it was very special that I was born in a state shaped like a mitten. I still do. 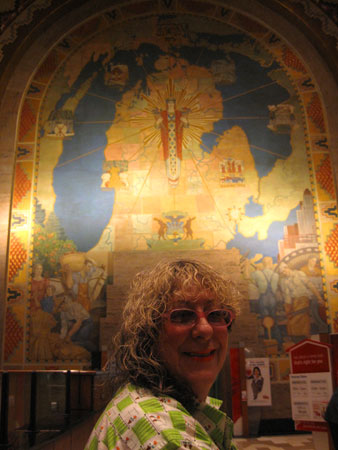 From there we drove to Hamtramck, the once Polish center of Detroit and home of the sausage I grew up with. 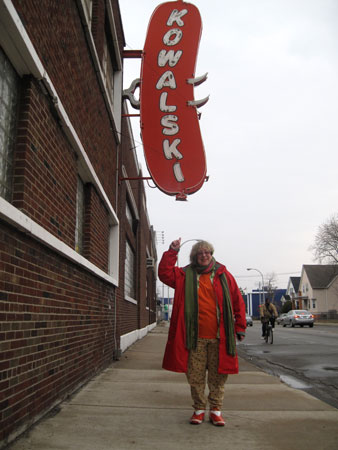 There’s also lots of vintage architecture and signage like this: 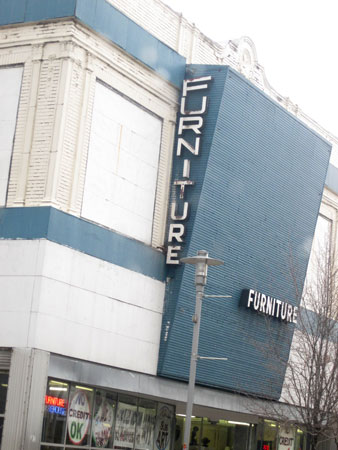 Nothing, however, outshines this folk art destination, fondly known as “Hamtramck Disneyland”, a giant hobby project built between 1992 and 1999 by retired GM worker Dmytro Szylak in his backyard and on the roof of two garages. 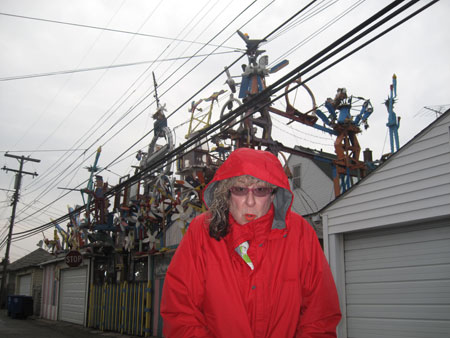 I would’ve preferred to gaze upon Disneyland without rain pouring down but the excellence of the assemblage couldn’t be dampened by a little spit from the sky. Roofing shingles as sidewalk is another excellent touch. 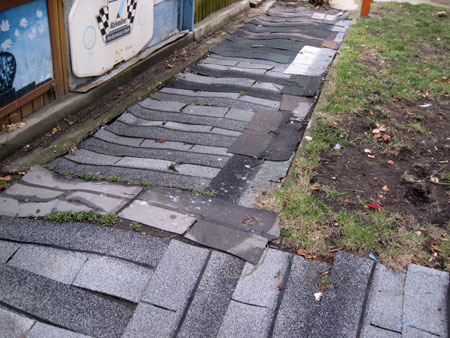 I love when art inspires art. At least the owner of the house at the end of the block tried to go for it if not entirely successful: 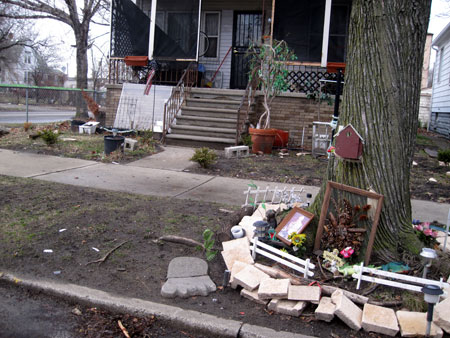 The cakes are ‘fancy’, the meat is ‘quality’ but the bread is just ‘good’. BTW, the roofline is REALLY ‘good’.

Right down the block is Burke’s Igloo, famous now for being in the opening titles of HBO’s Hung. The ice cream here is ‘fancy’ and ‘quality’, way better than ‘good’. The signage is also excellent: It’s 4:30. We drop Rebecca off and head over to the northwest side of Detroit where I grew up. I’m going to an alumni meeting at my alma mater, Mumford High School, to discuss plans for my upcoming benefit extravaganza with the marching band playing a medley of my greatest hits with the cast of my musical, The Color Purple, leading a sing-along. We have a little time to kill so we swing by the house I grew up in from 5 to 16 years old that’s just about a mile from Mumford. Every trip I’ve made to Detroit since leaving there in 1965 I’ve tried to get into this house, with no sucess. My memories of it are great. I loved it because despite trying to fit in with the other traditional brick houses in the neighborhood it had a hit of Moderne, with a rounded exterior wall, glass blocks, Steelcase windows (now replaced) and a round pole supporting the second floor. I would’ve ditched the drain pipe and left the original windows but otherwise everything was as it was when we left the house after my mom passed away suddenly, my dad remarried suddenly, and I was exiled to the suburbs. To my complete surprise and delight, this time we got in and I spent one of the greatest hours I’ve ever had reliving my past. More of that and Mumford tomorrow…