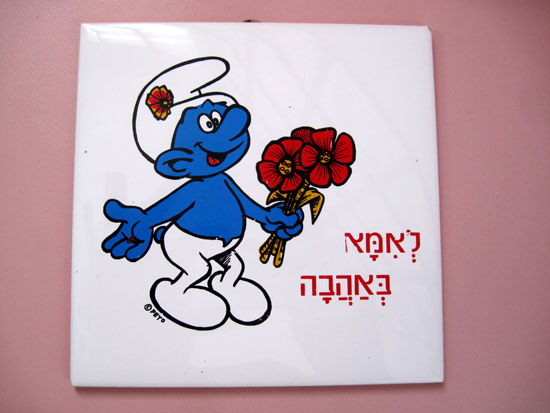 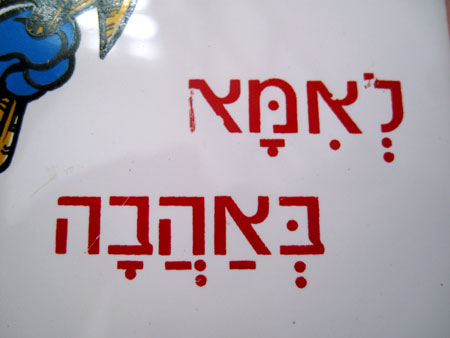 The only thing that kept me going to Hebrew School for the two years of one afternoon a week after school I went was the candy truck in the parking lot where we boarded the bus. I was bad enough at languages that use English lettering but once it came to Hebrew (or Chinese or Arabic or anything else that wasn’t the straight 26 letters I was used to) my brain turned into a quivering Jell-O mold. I hope this Smurf is saying nice to go along with the flowers he’s offering. 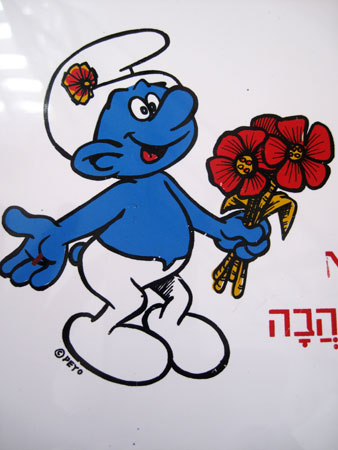 If only he was holding a bottle of Mogen David. 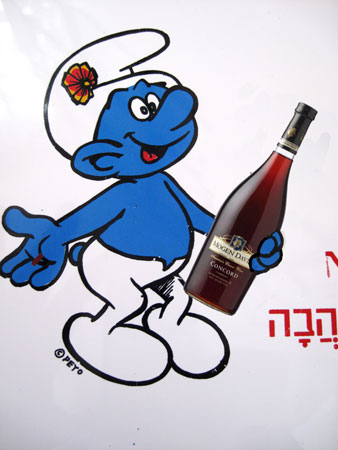 I do love that he’s speaking in a language other than his native Dutch or adopted English. And I do hope he’s not saying anything anything offensive but, rather, something like “Have and happy Passover and please enjoy the matzoh.”.