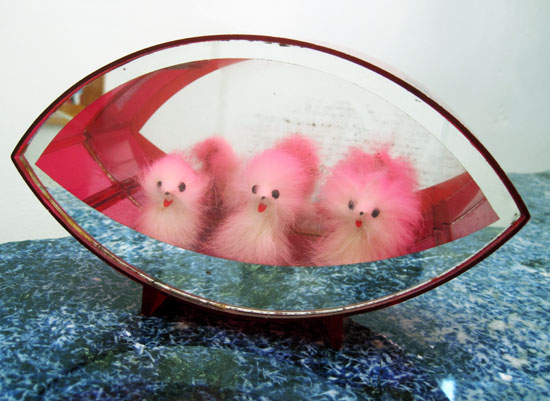 These are without question the mangiest chicks ever, that is if these feathery creatures are, in fact, “chicks”. Hard to tell in this little display diorama, whose elegant mirrored-inside swoop made the original owner kitschingly ecstatic when they bought this, most likely in the 1970’s or 80’s. Except people who buy things like this have no idea that something is so tragically off. They view it, instead, as a thing of beauty. The “chicks'” owner probably didn’t even wait for Easter to display them but, rather, kept them out all year, they were THAT beautiful to them.

In the 1950’s and 60’s there were little mink earrings and keychains that looked like the “chicks”. Little black dot noses and made of real mink. 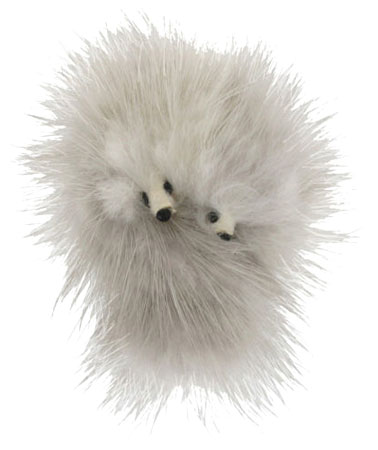 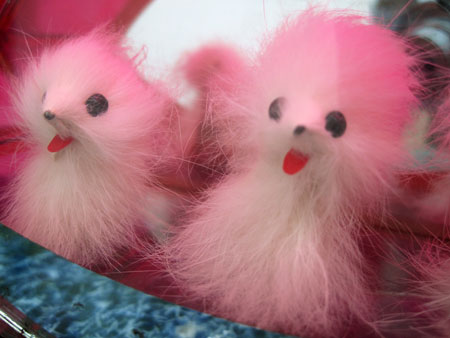 You could also make the argument that the “chicks” are French Poodles. After all, a tongue is a lot more appropriate for a dog than for a chicken. 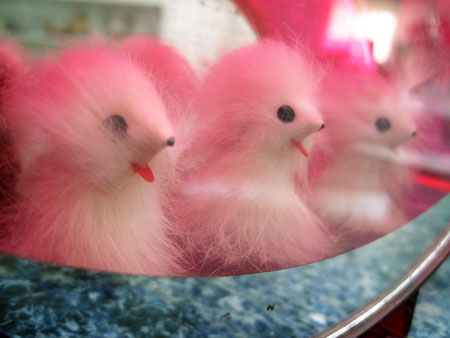 But still, these were clearly sold on eBay as “Easter chicks”. 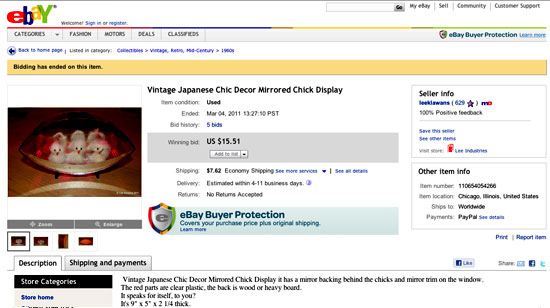 If you look really close you can see how sloppily the “chicks” are made. 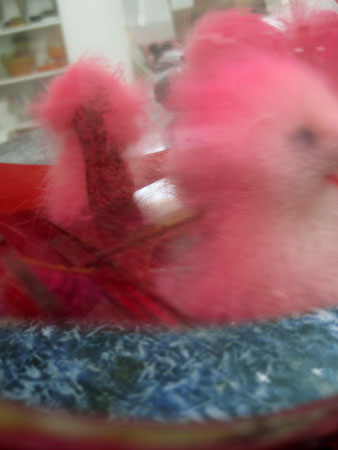 I know, the shot is very blurry. But after trying to shoot it 25 times I gave up. The “chicks” defeated me. But you can still make out the dark bowling pin shape in the mirror behind the “chick”. The Gin Chaio company of Japan didn’t even go to the expense of  wrapping enough material around them to finish the “chicks” despite the fact that they’re mounted in front of a mirror! But I can understand that a person who thinks these “chicks” are beautiful enough to be encased, and that they’re, in fact, “chicks” to begin with, would miss something so basic as their bare backs. It’s enough that the “chicks” are beautiful. And that it’s Easter! 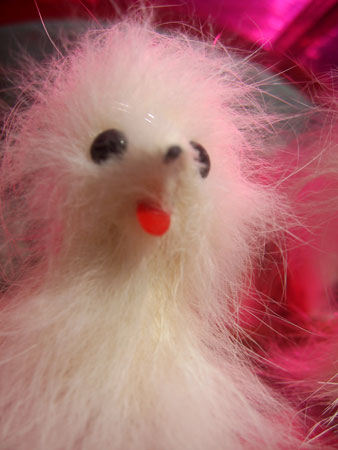 Happy Easter to all and may your chicks all be beautiful! (And actual chicks.)