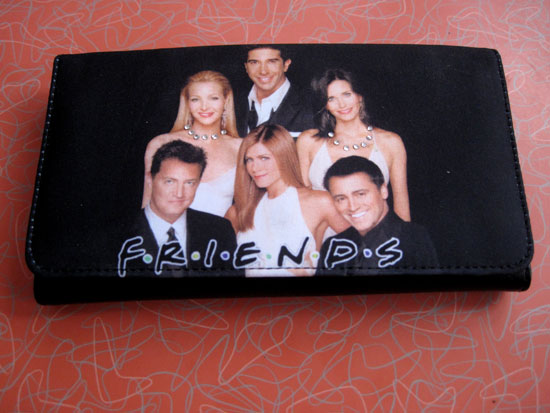 Despite the fact that I co-wrote the Friends theme song, “I’ll Be There for You”, I’ve never collected the plethora of merchandise associated with the show. It’s too new and mass-produced to have the soulfulness of merchandise I collect that came from TV shows of earlier decades, and instead just plops the logo or photos of the stars on the same old cups, T-shirts and keychains that every other post-1990 show on TV stamped their likeness on. Like this keychain that the manufacturer was even too cheap to stamp the name of the show on. 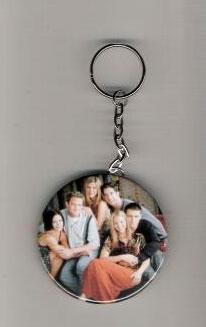 Or this coffee cup: 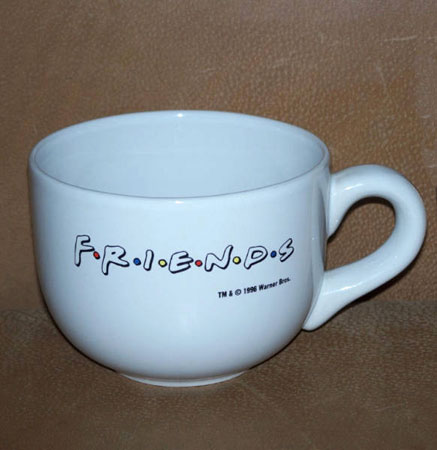 Despite the fact that I really liked/like the show – and not just because I get a teeny-tiny-minuscule-for-which-I’m-eternally-grateful royalty every time it’s on – I never liked the tragically 90’s font of the show title. The only exception is on this incredibly cheaply made purse where the font is beautiful because they left the ‘s’ off of Friends. 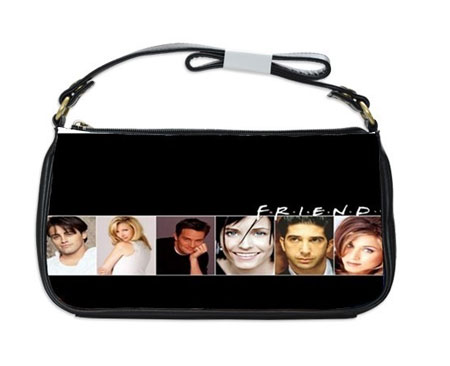 My billfold has the teeny tiniest most minuscule of rhinestones on it, only about 1/16th of an inch in diameter. 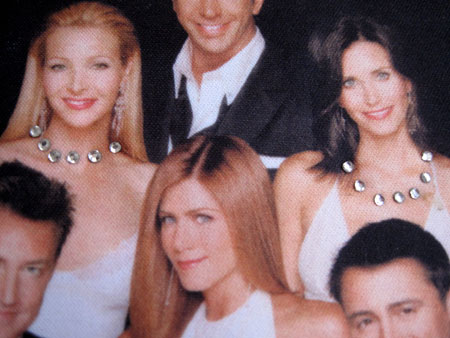 And why was poor Jennifer Aniston gipped out of her necklace?  Although the manufacturer includes one spare rhinestone should the other girls’ jewels be compromised through normal use. 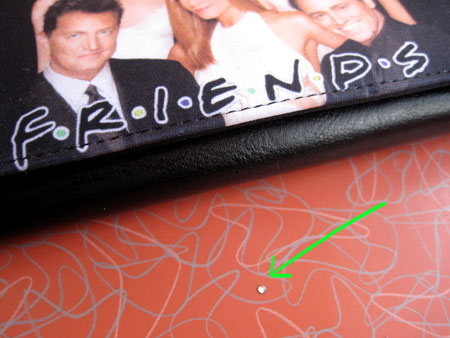 The inside of the billfold has none of the up and frothy sprit of the show: 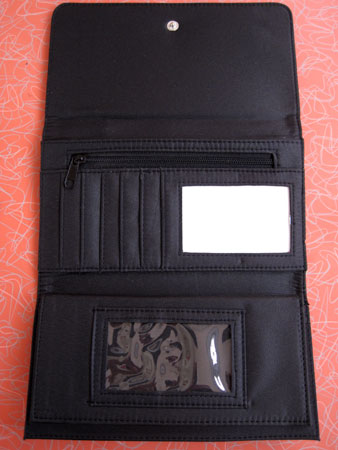 The back isn’t any better: 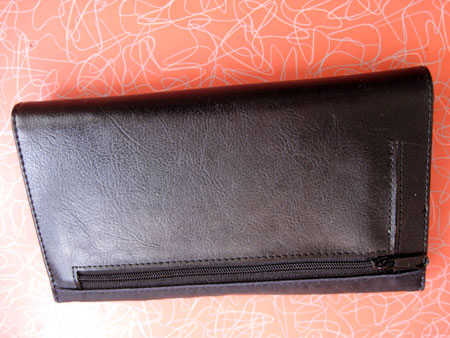 I’d rather glue the edges of the sheet music together and at least have something distinctive to carry around. And I’d never have to worry about losing it as my name is right there on it 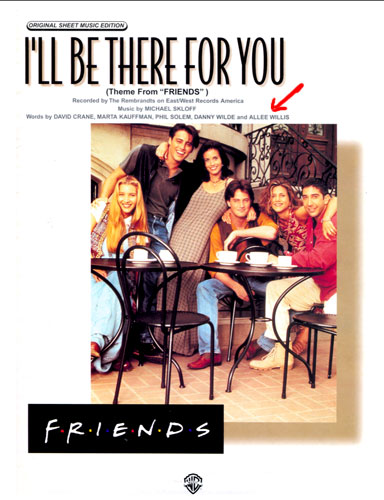