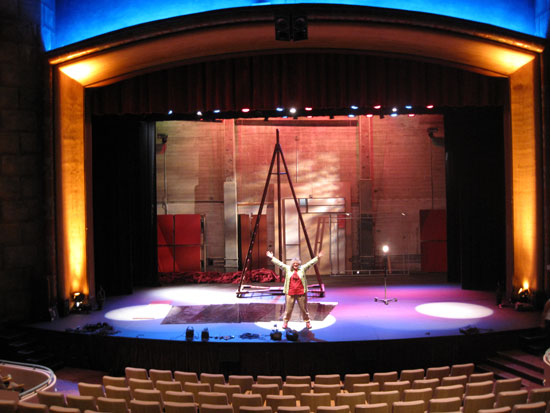 My time to pay as much attention to my Kitsch O’ The Day blog as I am want to do has dwindled lately because I’ve done what I never thought I would have the guts to do: decided to give live performing a try again after marching off stage in the middle of a song in 1974 and proceed to walk right out of the building, never to return again. Or so I thought… On October 18 I’m going to give the whole thing a go again. As such, I was most ecstatic to stumble on this in the Los Angeles Times, especially as I haven’t really even publicized the show yet, which means they stumbled on it on their own. 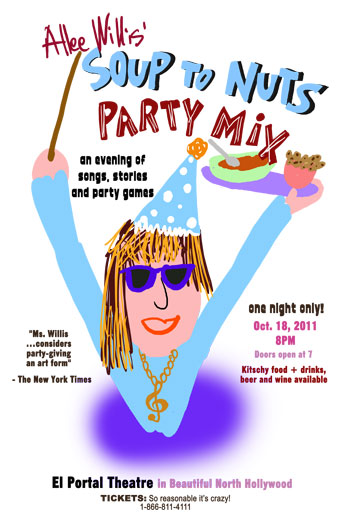 If you’re going to be in LA on October 18, come to the El Portal Theater. Leave plenty of room in the aisles as you never know who’s going to be jumping off of the stage. Although I hope that almost 40 years has matured me somewhat and that all my years as a party thrower pay off in this, my about-to-be-most-recent incarnation.

5 Responses to “Allee Willis’ Kitsch O’ The Day – My “Soup To Nuts Party Mix” Live Show Chosen as a Top Pick by The Los Angels Times!”