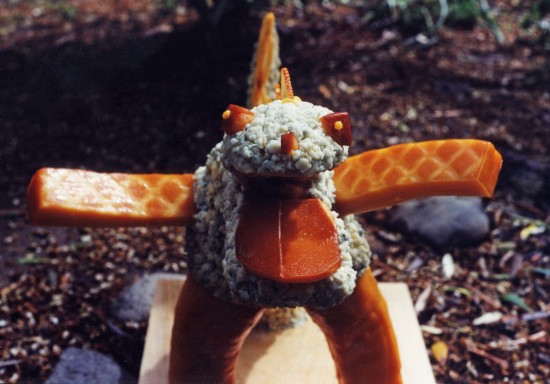 In 1998 I came across an ad in Newsweek announcing that the National Dairy Association was hosting a nationwide cheese art competition. The deadline fell right around the same week the remake of Godzilla starring Matthew Broderick was set to be released – hence “Cheezilla” was born.

I constructed this little beast from just over a dozen different varieties of cheese – including blue, smoked gouda, and aerosol-canned Easy Cheese – then mailed in several photos of him as per the contest rules. Several weeks later I received the exciting news from the dairy people that I was one of the five contest finalists, and that the winner was to be announced on “Live With Regis & Kathie Lee.” The cheese lady informed me that I would be flown from Los Angeles to New York to appear on the Regis show, and that a professional food artist would be recreating all five finalists’ entries for the segment (since the original Cheezilla and the other cheese pieces had long since molded by then). I am proud to be able to state here that I firmly refused to appear live on national television showing off some sham copycat inferior dairy-based artwork that I myself did not personally forge with my own blood, sweat, and cheese (which seemed to not only baffle the top dairy brass, but irritate them somewhat as well), but they eventually agreed to fly me to Manhattan a couple days early so that I could go to the food artist woman’s apartment and recreate Cheezilla myself, while she made dupes of the other four finalists’ pieces based on their entry photos.

Regis and Kathie Lee were typically wacky and hospitable, and the show went quite well – in fact, it was downright inspirational. In one of his rare television appearances after tragically being thrown from a horse and becoming a quadriplegic, the stoic former-Superman Christopher Reeve appeared in his state-of-the-art wheelchair, operated by his blowing air into a hi-tech tube apparatus. In a whispered, halting voice, dramatically punctuated with sporadic bursts of hiss from his oxygen tanks, Reeve recounted his three grueling years of intense physical, occupational, and respiratory rehabilitation, expressing his heartfelt passion for lending assistance to others with neurological disorders and his valiant efforts to broaden the horizons of stem cell and other scientific research programs. Then he humbly announced for the very first time on television that after thousands of hours of therapy – and against an avalanche of unfathomable odds – he had just begun to regain some modicum of movement in his toes. The audience was mesmerized – there was not a dry eye in the house in the wake of this mindblowing embodiment of the sheer mental, physical, and spiritual limitlessness of human courage, strength, and perseverance.

And then, of course, there was us – myself and four middle-aged housewives from the midwest – who had made sculptures out of cheese.

So at last Regis got down to important business and announced the winner of the National Dairy Association contest’s grand prize: $2000 and a free trip for two to Hawaii!

That night during an impromptu cheese contest “after party” at a nearby midtown bar, one of the lower level insiders from the dairy conglomerate nervously approached me, evidently having consumed one too many drinks, and sheepishly confessed that she had something she felt like she urgently needed to get off her chest, despite her fear of losing her job. Then she proceeded to whisper in my ear that I was in fact the true winner of the cheese art contest – but that when I showed up at the Regis studio with my long hair and purple leather jacket and relative youth and whatnot in the midst of the other four somewhat dowdy housewife-esque contestants, the cheese-powers-that-be had secretly conspired in some smoky gouda backroom, deeming my general vibe to be somewhat unsuitable for their “target advertising demographic,” and therefore I had been demoted.

Armed with this secret knowledge, I was completely satisfied with the whole thing in the end. I’d gotten a free trip to New York, I’d appeared on a popular morning television show, I had received a delicious five pound wheel of cheese directly from the hands of Kathie Lee Gifford – and Cheezilla was a winner! 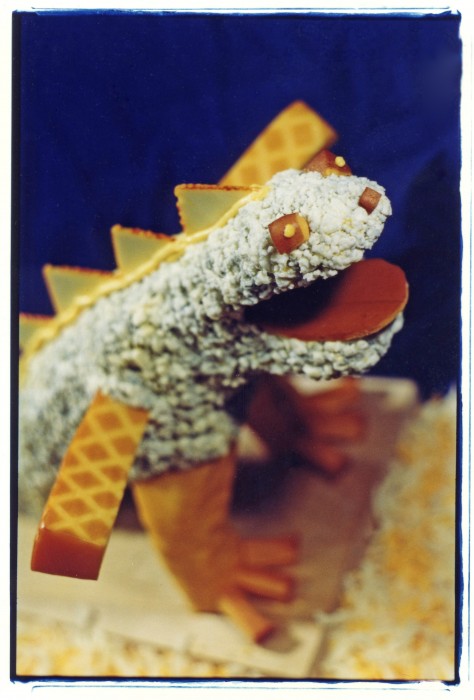 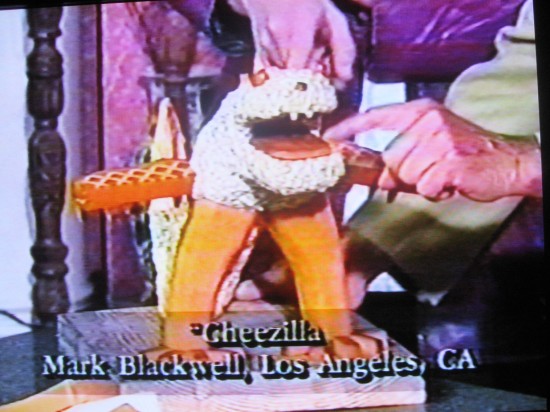 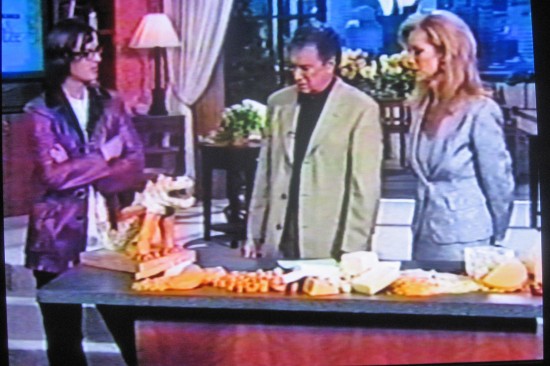 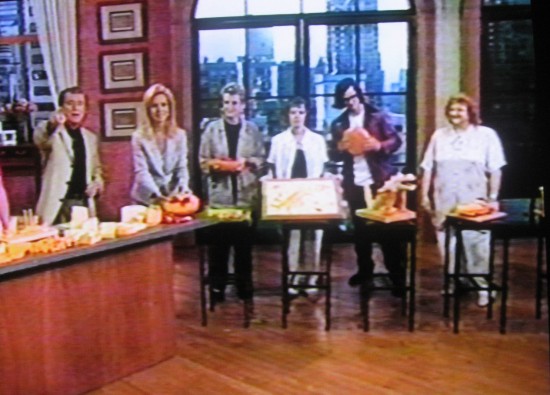 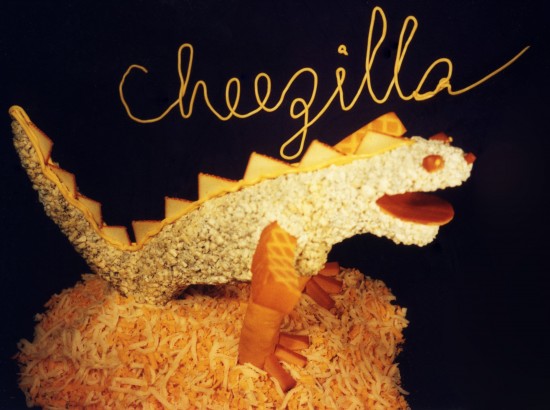