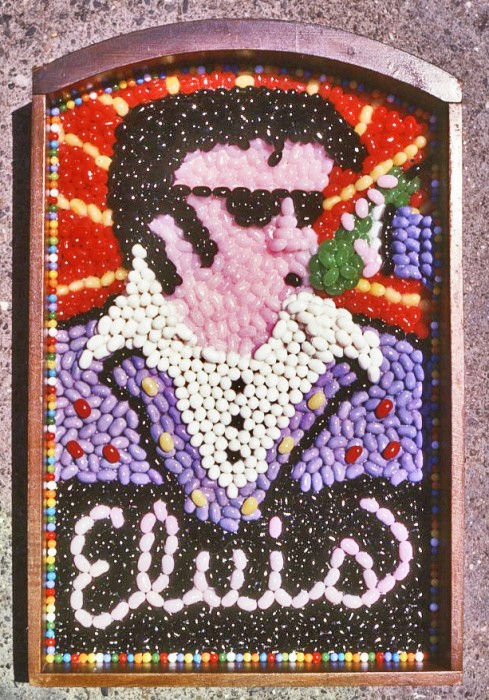 One night during the spring of 1994, while driving across the country in a move from the east coast to the west coast, I had a dream that I was an artist who made paintings out of jellybeans. That very next afternoon I went on a tour of Graceland and spotted a poster announing an Elvis Presley art competition – at which point I decided that when I reached my destination of Los Angeles, I would create a jellybean Elvis.

So I did. By the end of that summer I mailed my “Jellybean Elvis” to Graceland and wound up winning second place in the contest (the lady who won first place crocheted intricate dioramas of all the theme rooms in Graceland, a tour de force that must’ve taken many many months, so I accepted second place without reservation).

As pictured below, I am proud to say that my Jellybean Elvis hung in the museum at Graceland for many months – plus I received a lovely red ribbon with a shiny gold Elvis emblem at the top, a “Certificate of Appreciation” from Elvis Presley Enterprises, and a framed “Outstanding Achievement Award” (mysteriously featuring the incorrect name “Barbara McClean” printed 24 times around its border).

While the colors have slightly faded over the years, Jellybean Elvis still hangs on my wall. This was the first of a number of jellybean artworks that I’ve since created – and my latest one is posted above… 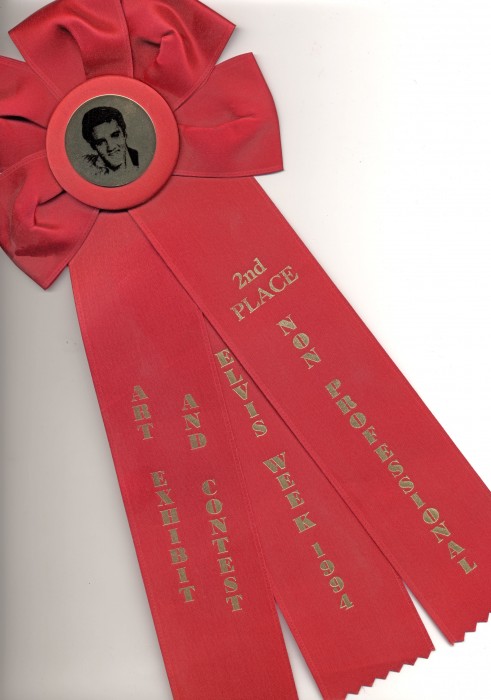 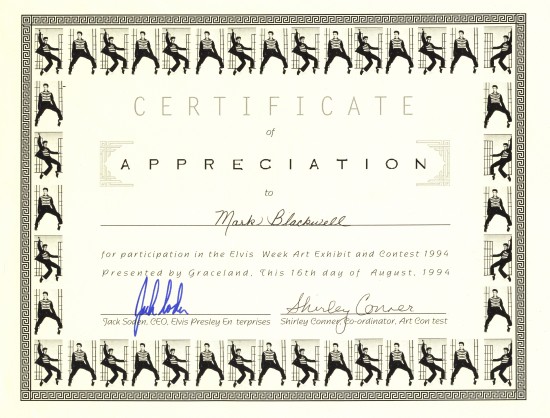 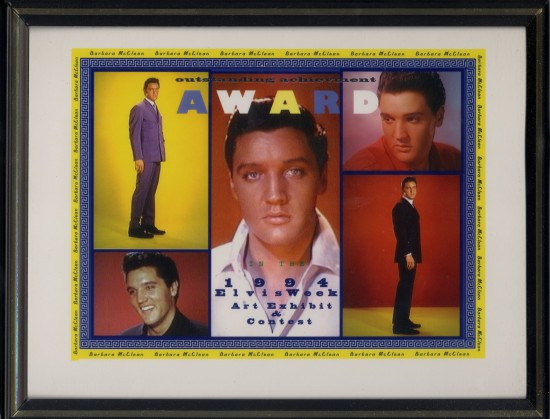 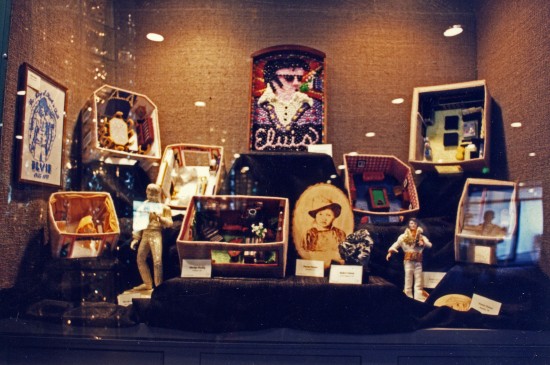