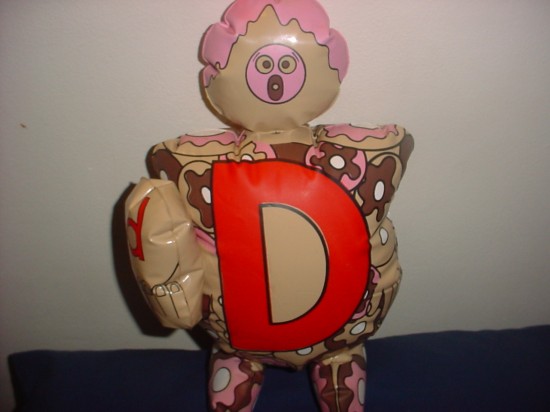 This is Mr. Delicious Doughnuts. He is one of the Letter people that was used to teach young kids the alphabet. I met this blow up version of him when I was in Kindergarten. I always wanted these when I was a mere tot, but it wasn’t until about ten years ago I actually had the chance.