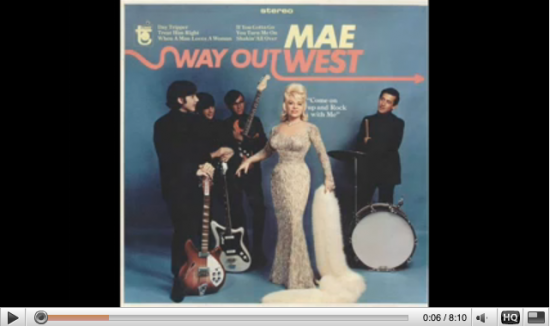 The first eight minutes of Mae West’s album of rock ‘n’ roll, “Way Out West.” Not to be believed, perhaps, but definitely to be enjoyed. You just don’t get that tinny, slightly rock-a-billy sound, or aged film stars, every day.

Where would we put this gem? Under Wildlife and Kitscheries? What is that I smell? Formaldehyde? Poppers? Denture adhesive? Fracas? Here is Mae West, over eighty years old, flirting with the boys in the gym. Too, too much.