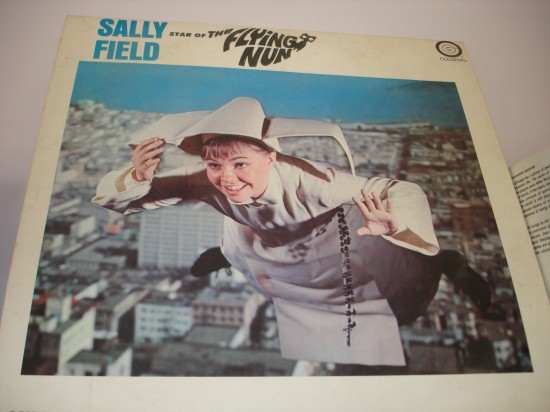 … the cornette wearing catechismic Miley Cyrus of the ’60’s. She wasn’t just flying the friendly skies of Convent San Tanco- she was in the recording studio. She was a nun with something to say. The ’60s were turbulent times, people! She had a message to deliver TO THE MAN.

Will Sally Field re-release these songs? We can only pray.