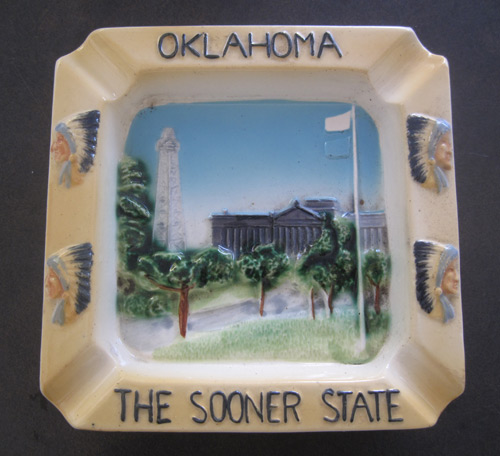 “In 1889, the Indian Territory was opened to settlers. Thousands of people lined up on the border and, when the signal was given, they raced into the territory to claim their land. Some people went in early to claim their land. They became known as Sooners.” I got that little explanation off the web, but there is no author to credit.

Anyway I loved this- the Indians, the capital buildings and those trees. They are so thrilled to be in Oklahoma and have won the prize to represent the state on the souvenir ash tray. 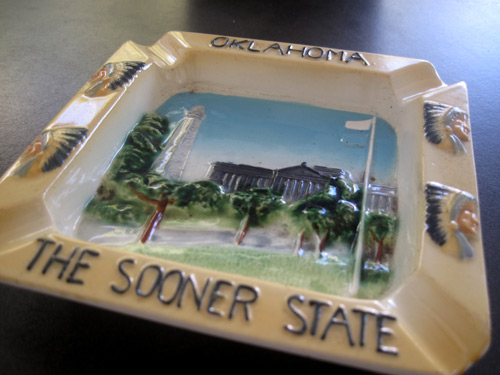