Albertville has much to be proud of, to wit:

Albertville, Alabama – Nickel-Plated Fire Hydrant
Outside the Albertville Chamber of Commerce stands a salute to Albertville’s legacy as the “fire hydrant capital of the world,” a polished nickel hydrant was placed on a pedestal of marble there to celebrate the Mueller Co. producing its one-millionth hydrant. [from Roadside America] 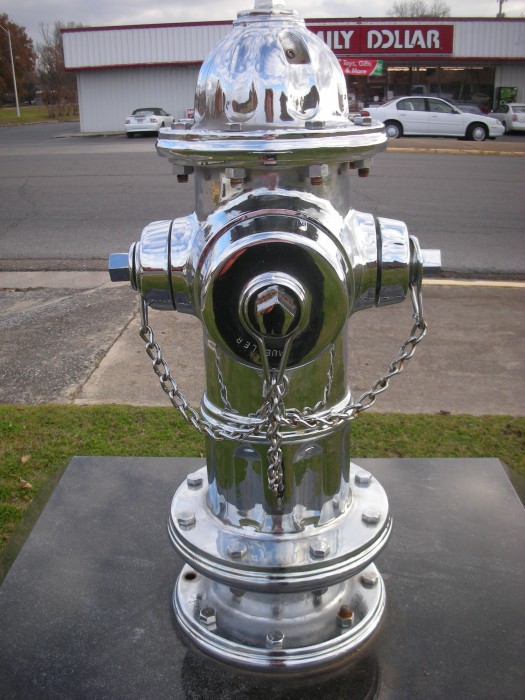 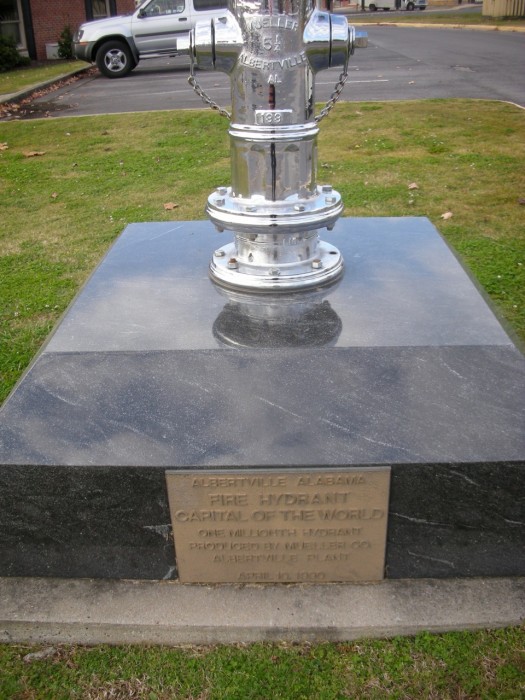 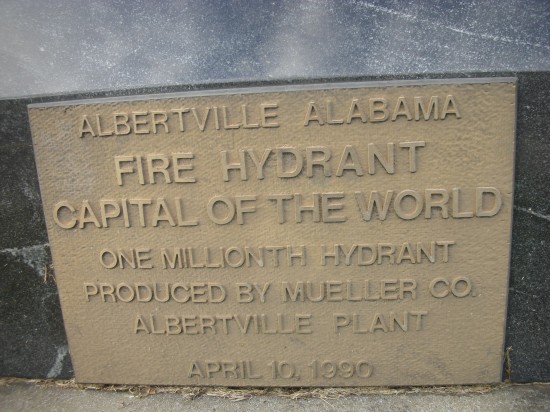 4 Responses to “Albertville Alabama, Fire Hydrant Capital of the World”