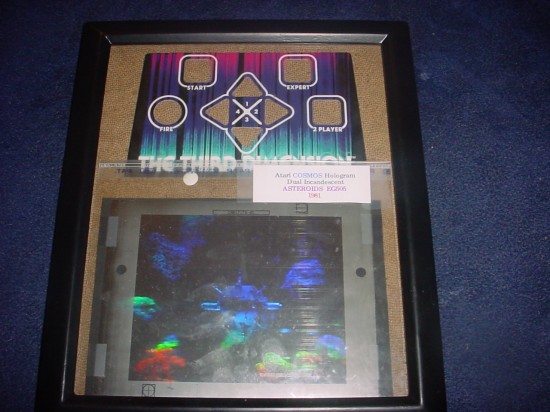 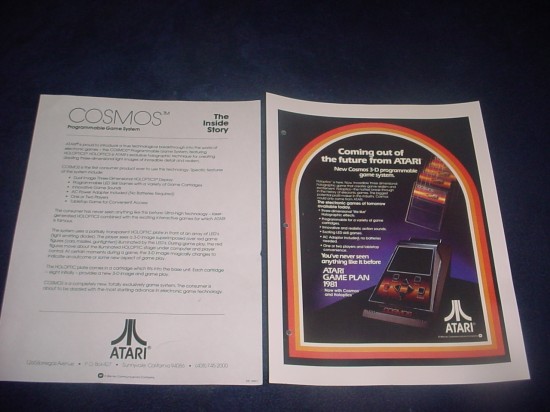 I bought these from an ex-Atari employee. They are from the early 80s and are from an unreleased prototype gaming system called the Atari Cosmos. The top item in the first pic is the control panel overlay for the system and the bottom one is a hologram from Asteroids, which was one of the games scheduled to be released for it. I also have copies of the promotional paperwork connected with the system, which are in the bottom picture.

Basically it was going to be a portable system where the backgrounds of the games were going to be holograms that were different for each game. The actual game play was just red lights that lit up (behind the holograms) like many portable gaming systems at the time, but there was another light in the system that was going to shine on the hologram that would display two different images for different stages. The picture of the hologram didn’t come out good because of that in the photo above. It is hard to get a good angle to photograph it.

It would have been a unique game console, and it had an interesting gimmick. Why it wasn’t released I can only speculate, but at the time I would have begged to have this system at the time (and still would). I love gimmicks like that.