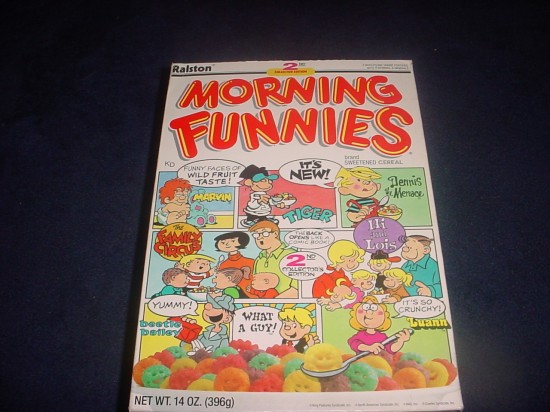 This is a box of Morning Funnies Cereal. They were out in the late 80s, and each box had several comic strips printed inside the front cover which opened up. As I mentioned in my previous submission, Ralston loved getting licensed characters to push their cereal. This cereal was just your typical fruit flavored variety, but the real prize was the box. It isn’t often a box can provide entertainment while you eat. I imagine the idea was good on paper, but with the box being the main selling point once you read it there wasn’t much reason to purchase another box unless it was a new one.