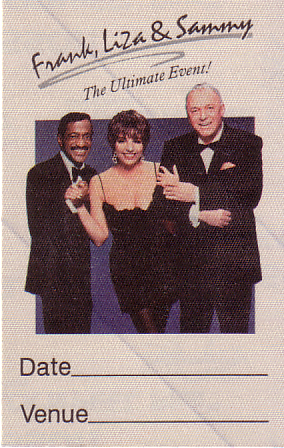 In 1988 – 1989, Frank Sinatra thought it would be fun to get the old gang together for one more Ultimate Event – So he, along with Dean Martin and Sammy Davis Jr went on tour….Dean only lasted a few performances – whil;e he lived a while longer, he justed didnt have it in him anymore to go on tour with the guys and all the hi jinx that went along with it – he just wanted to play golf and wathc westerns on tv and go to his favorite Italian restaurant