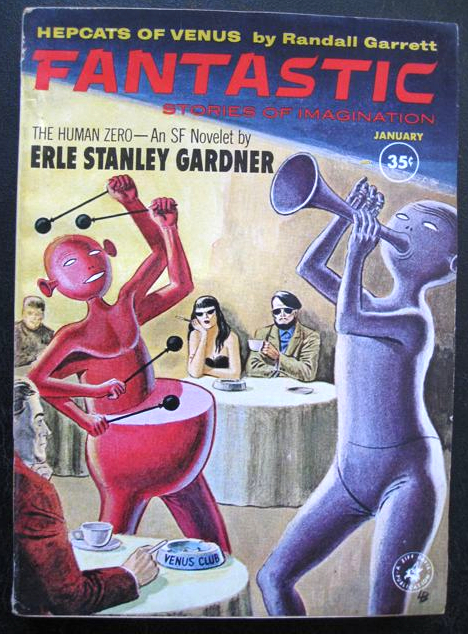 Two esoteric cultures (beatniks and Sci-Fi) collide in this January, 1962 issue of Fantastic Stories of Imagination magazine. The color illustration on the cover illustrates the story, “Hepcats of Venus” by Randall Garrett. The intro copy reads, “A Galactic Observer is supposed to be all-knowing. But even the sharpest G.O. can hardly be faulted for being puzzled by the phenomenon of a jive trio in a beatnik hangout– especially when the instruments they play on are built-in!” 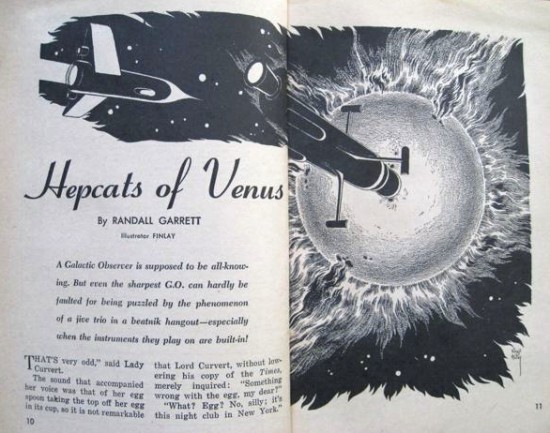