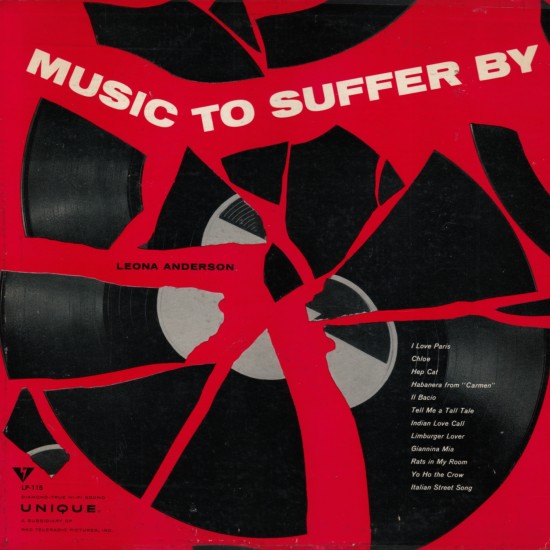 isI know some of you are familiar with Mrs Miller, but I just discovered a singer who called herself, Leona Anderson. She made the attached record. I have seen this record before but just got a hold of the recordings. She is so fabulously awful, that I can only listen to one song here and there…..An absolute riot and a must hear! I was attracted to this by the broken vinyl cover art. I wonder of Leona broke this record? It’s on the fabulous label of UNIQUE RECORDS.