Allee Willis’ Kitsch O’ The Day – The Only Thing Better Then a Keane Painting Is to Be With KEANE! 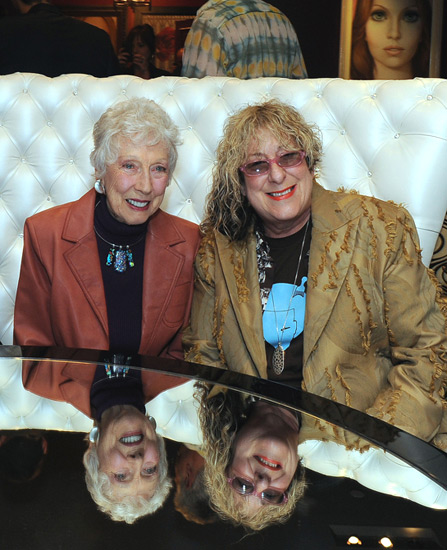 Margaret Keane is the High Priestess of Pop Art, painting those huge waif eyed paintings that stared out at everyone throughout the 60’s and 70’s and are still copied and emulated to this day. 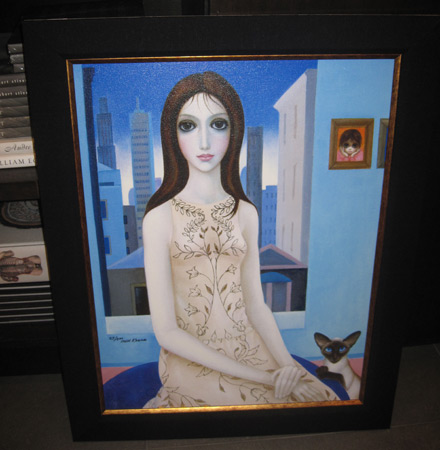 Last Wednesday night I got to see not only so many of the original historic paintings but new works by Keane as well who hasn’t lost a gnat’s hair of technique. 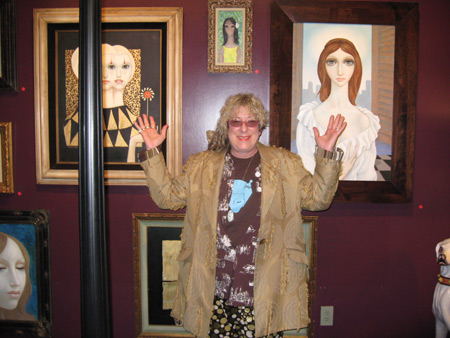 This happened inside one of the greatest places in LA, the Phyllis Morris Showroom. Although Phyllis herself, creator of the original poodle lamp and unquestionably one of the greatest designers who ever lived at the high and artful end of Kitsch, isn’t still with us her creations very much are. Being in the actual presence of Keane and surrounded by both women’s work which not only dominated the eras they came from but still impact Pop Culture today was about as uplifting and exciting an art moment as this Pop artist could have. (I guess I’d have to throw in the time I walked past LA Eyeworks and through the window saw Andy Warhol staring at a motorized piece of art of mine for over five minutes. Him calling me a genius when I walked in was a watershed moment.)

There’s a movie in the works about Margaret Keane with Kate Hudson signed on to play Margaret. Her story is fantastic. Her husband, Walter, was a crafty businessmen and convinced his wife to basically paint and shut up. It was his name that was on all of her paintings and it was he who made multiple appearances on Johnny Carson, did all the interviews and got all the glory. Margaret is still very soft-spoken but came to her senses in an infamous 1965 court case during their divorce when she rightfully and finally claimed that the paintings that made Keane a household word were actually hers. When her husband called her a liar the judge set two easels up and asked them both to paint. Margaret got up and knocked out one of her famous big sad eyed paintings while Walter complained of a sore shoulder and sat there like a lump. Feminism was at its height and Margaret instantly became an Olympian sized champ.

I only own some Keane prints from back in the day. I would have loved to have bought one of her paintings last Wednesday but as opposed to the few dollars they cost in the 60’s they now average between $75,000 and $225,000.

As far as Phyllis goes, I hope to go back to the showroom to shoot a video with Jamie Adler, Phyllis’ daughter who runs it now and is a fantastic designer in her own right. Her mom set the bar for merging Art and Kitsch, magnificently over-the-top Baroque creations that remained totally tasteful and full of importance and humor. Throughout the four decades she was designing, Phyllis’ oversized beds, chairs, wall units and accessories filled the homes of folks unafraid to embrace their own uniqueness and style like Liberace and Elvis Presley. Here’s Phyllis and her dyed pink poodles in 1953 with some of the first poodle lamps that rolled off the assembly line: 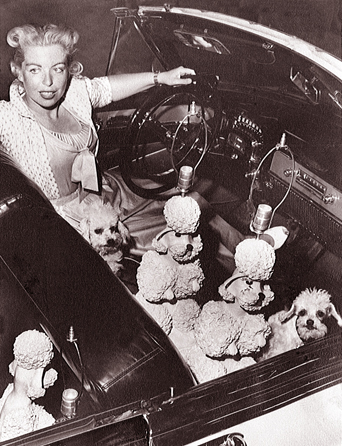 Now back to the showroom Wednesday night: 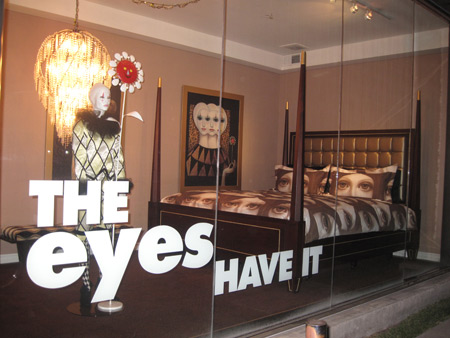 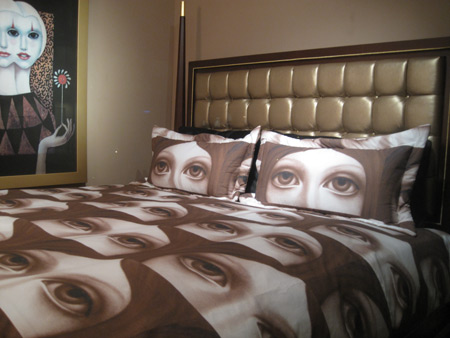 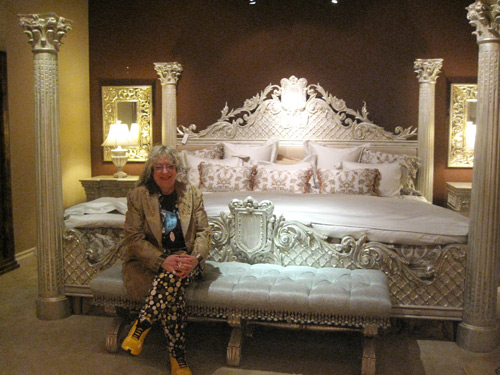 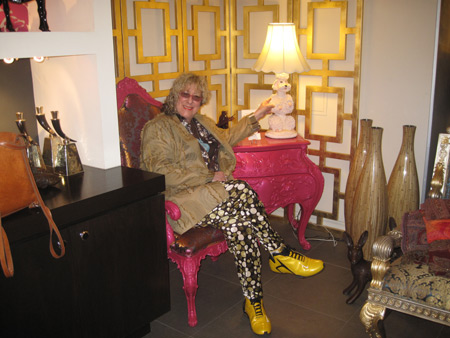 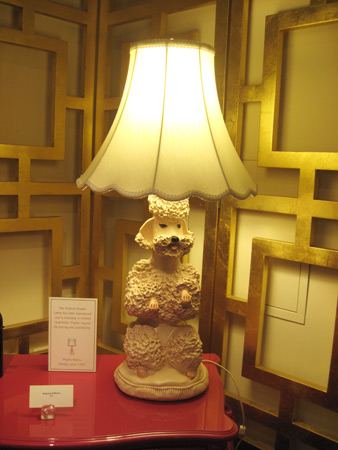 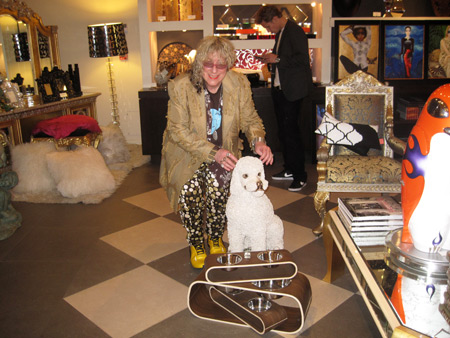 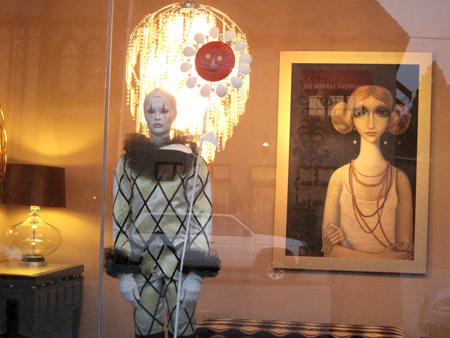 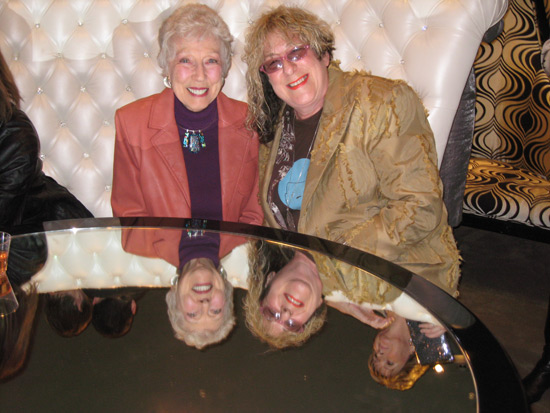 Thank you, Margaret and Phyllis, for the never-ending inspiration, talent and fun!

6 Responses to “Allee Willis’ Kitsch O’ The Day – The Only Thing Better Then a Keane Painting Is to Be With KEANE!”