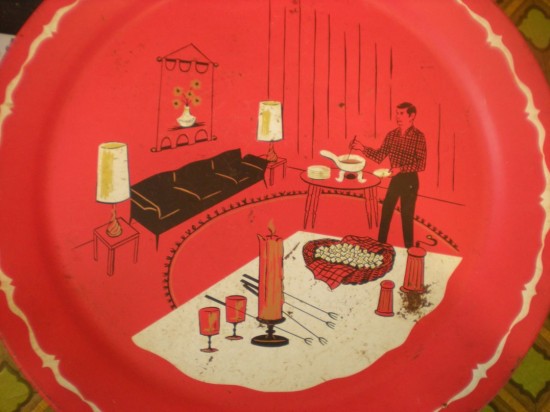 Everyone knows fondue is a kitschy food, but I’ve never seen a fondue party quite as lonely as the one pictured on this tray. I found this thing at a yard sale yesterday for a quarter. It’s gigantic, over a foot across, I have no idea what I’m going to do with it, but I just could NOT leave it behind. I suppose it will make an appearance the next time I haul out the old fondue pot.

Mr. Fondue stands in his killer living room, dipping bread into his fondue pot in solitary thoughtfulness. On the table, fondue forks are set out, a bowl of bread chunks stands ready, and the candles are lit, so maybe he’s just preparing his swanky bachelor pad for a crew of fondue-loving ladies. Despite his classy and modern living quarters, he’s dressed like he’s Sheriff Andy from Mayberry on his day off. It’s just so bizarre, haha. 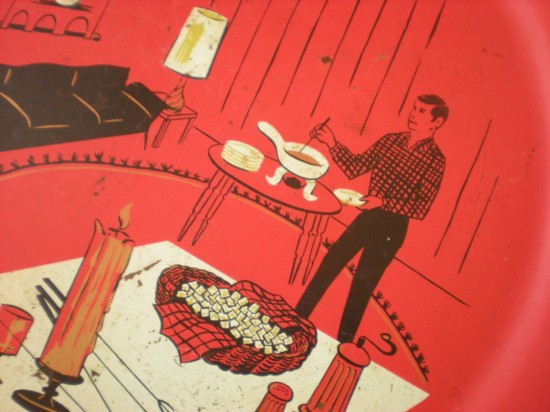 Excuse the color on this, my camera hates the color red and blows it out. It’s in pretty good condition besides having a little bit of rust. I love it, haha!