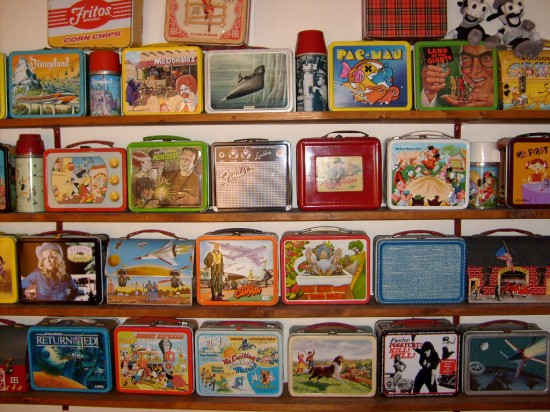 First, I’m so excited to come across this site! What fun it is!!!

I have double the amount of lunchboxes as seen in this photo. They cover two entire walls in my home, and most contain their original thermoses, but don’t have enough room to display them all.

Yes, I have a handful of newer boxes, boxes that I think are fun or interesting. The cowgirl box is a rare Madonna box (from 2000, released in conjunction with the song Don’t Tell Me).

Will post more vintage boxes when I get a chance, including my favorite cowboy boxes (Gene Autry, Roy Rogers, Wagon Train, etc.).

7 Responses to “Let’s do lunch”