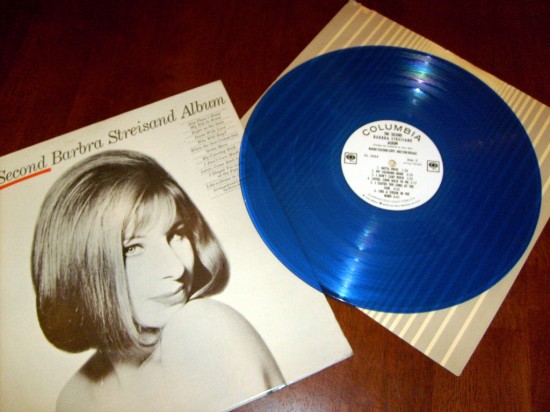 This is a super rare radio station copy of Streisand’s second album (released in August 1963) on super, super rare blue vinyl (and in mint condition). Only one other Streisand album was ever released on color vinyl (“Color Me Barbra” which was released in 1966 on red vinyl for radio stations). The red is more common, the blue is very, very rare and difficult to find. Ain’t it pretty?