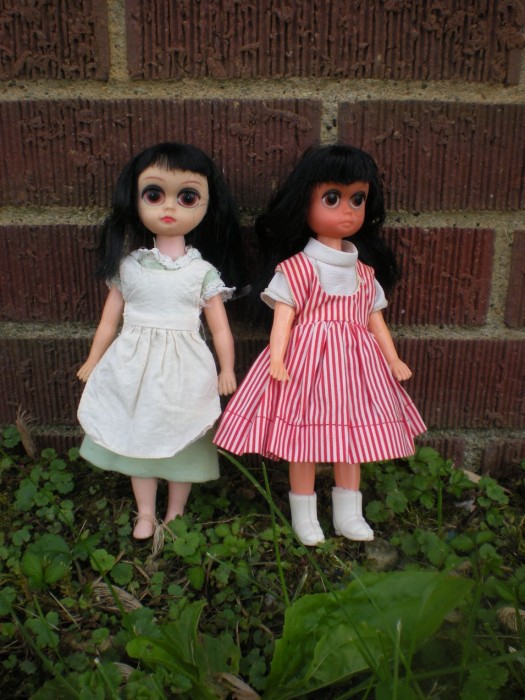 Even dolls were riding coattails of the popularity of Margaret Keane’s big-eyed waifs. This doll is “Susie Sad Eyes”, produced in 1972 and sold at Sears and maybe other department stores, too. I’ve wanted one for years and finally had the good fortune to find not one, but two! I dressed them myself, these aren’t their original outfits. The one on the right was probably a “Susie Slicker,” who was the same as Susie Sad Eyes but came wearing a raincoat and boots. There was also African-American version of Susie Sad Eyes who was sold as “Soul Sister.