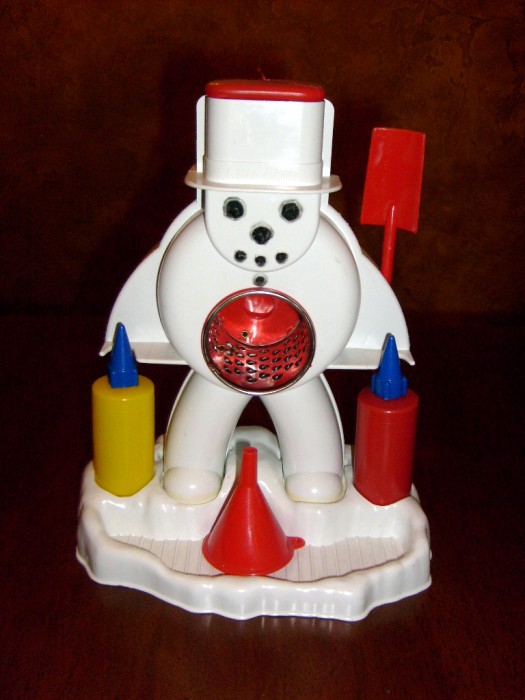 This is a Frosty the Sno-Man Sno-Cone maker. He was manufactured by Hasbro in 1974. There was an earlier version in the late 1960’s, but that Frosty had a pipe in his mouth which was deemed politically incorrect by the 1970’s. The idea is that you place ice cubes into the top of his hat, turn a crank located in back and the ice is shaved and ready to be packed into a cone (with the little shovel), then you add flavor from the little bottles. I tried it once and it’s a lot of work just to get one tiny, tiny little cone! No matter, he looks cool (pun intended). I once used him as a decoration on top of an ice cream cake.