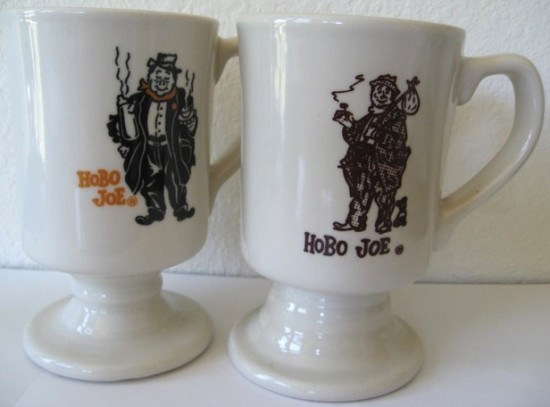 Found these vintage coffee mugs at a garage sale, and not having any idea of who Hobo Joe was, did some quick Internet research. Found out that Hobo Joe’s was a much beloved coffee shop chain in Arizona during the 60’s and 70’s. (I think the mug on the left is from the 70’s and the one on the right from the 60’s.) 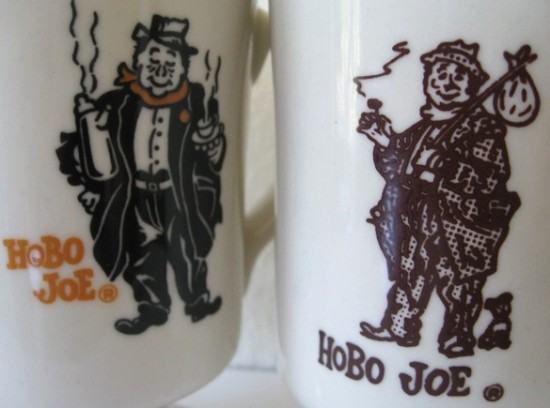 Actually, one of the shops still exists– in Buckeye, Arizona where a 4o’ statue of Hobo Joe still stands (see photo below). Apparently, all of the restaurants used to have a large figure of Hobo out in front, much like a politically incorrect version of Bob from Bob’s Big Boy. Hobo Joe was described as, “A world traveler, philosopher and connoisseur of good food.” (I guess dumpster diving and homeless shelter kitchens make for discerning tastes.) 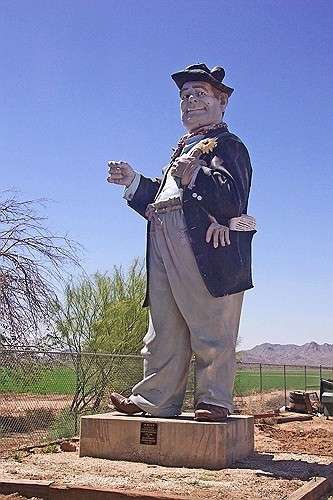 Another tidbit– one of the shops was partly owned by ultra-conservative Barry Goldwater’s brother, Robert. Now THAT makes sense to me– only a heartless “don’t worry, be happy!” Republican could imagine a tattered, homeless man would make a charming mascot for a coffee shop chain. Another reason (given the recent anti-immigration bill) to hate Arizona!

One Response to “Hobo Joe Mugs”