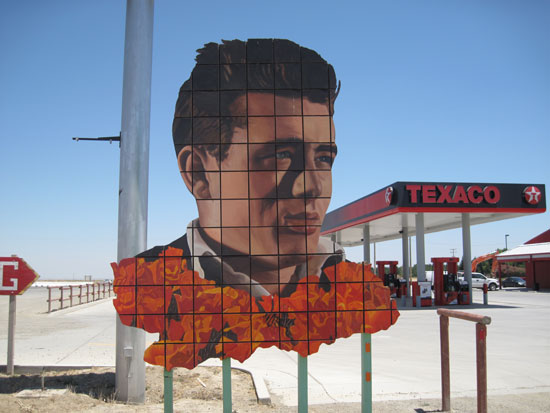 I drove up to Monterey on Friday from LA. Most people would get excited about going to the Aquarium or Cannery Row but I get excited about the cheesy names of the roads on a shortcut we take from the 5 to the 101 off an exit called Lerdo Higway that connects you to Highway 46 where James Dean met his maker. Once you exit the 5, the first “main street” you hit is Main Drain. 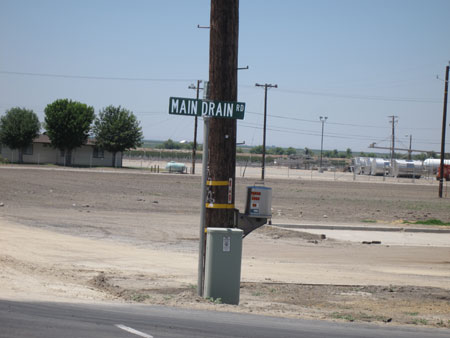 I don’t know about you but other than myself I can’t think of many people who would be happy to live on a street so eloquently named. A couple of miles further comes a road I’ve also always loved the name of as I can’t figure out how anyone could have arrived at naming it such: 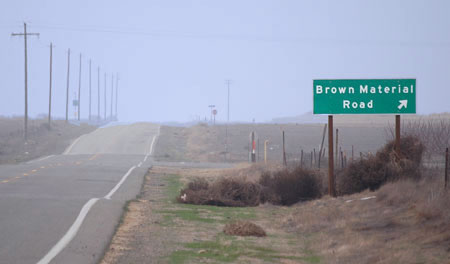 Exactly which brown material I’m not sure of though the fact that there are a lot of cows in the area brings a certain brown something to mind. We were very excited as we approached the actual street sign, only 50′ away. 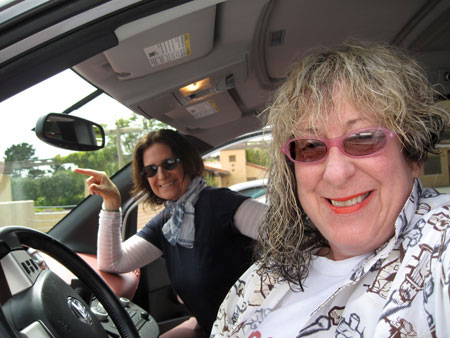 But just as I was about to hop out and be photographed under the street sign I’d sworn I would capture myself under one day as I sped past it my last five trips to Monterey I realized something was wrong. We slowed down trying not to disrupt traffic, a couple of tractors and a van with a bucking bronco ridden by a pig painted on the side. To our horror, all that was left of the Brown Material Rd. signage was a lonely pole, a screw plate and one dangling rusty bolt. As many times as I’d thought about doing the same thing I can’t believe someone actually had the balls to do it. If you know anyone with a Brown Material street sign hanging anywhere please let me know. But thankfully, Brown Material is apparently a U-shaped road as 100 feet ahead we came across this: 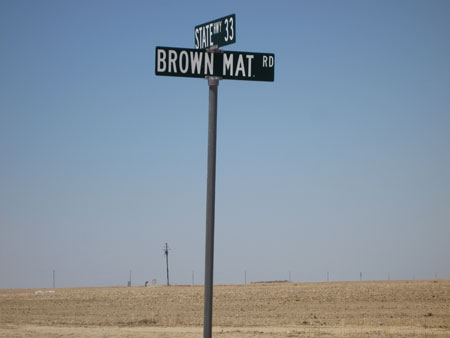 Not as impressive as spelling out the full word but Brown Mat will do. It’s still such a silly name for a street. Maybe out here in the country Mat means what Place often does in the city. For example, there’s a 21st St. and a 21st Place right next to each other in Santa Monica. The Place is just as long as the Street but apparently something distinguishes the two and maybe that’s the relationship between Material and Mat. Either way, I’m happy just to have gotten this shot. The tractors and bronco pig van were already too annoyed with us with slowing, almost pulling over and then not so although I was able to get this street sign shot there is no evidence of me standing under it.

Three minutes later we hit the last place James Dean stopped before climbing into his Spyder 550 and smashing head on into a 1950 Ford that entered his lane, entering Immortality. 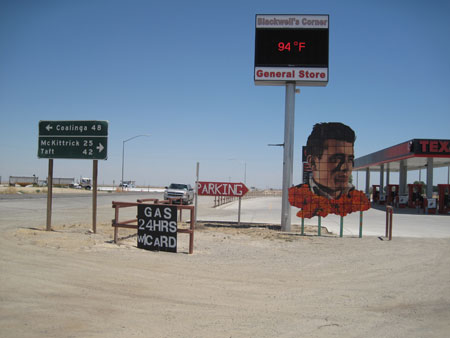 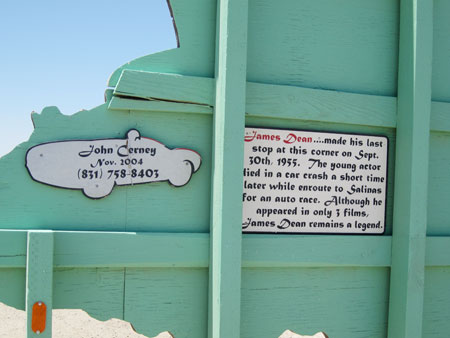 The original Blackwell’s Corner used to be a small vintage structure but was modernized recently into this faceless hulking industrial shed. 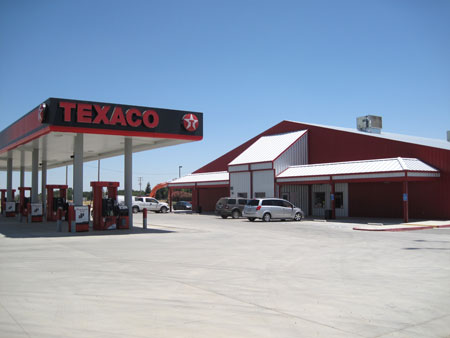 But the inside is still wonderful where they sell hundreds of different kinds of home harvested nuts displayed alongside excellent kitsch-heavy merchandise. Note the East of Eden Fudge Factor sign behind the elegant plastic ice buckets with foil stuffed inside to show off the “crystals”: 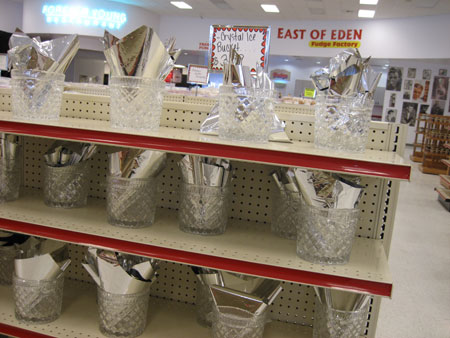 I always get some chocolate covered pistachios for the road and then shoot a few photos of the giant James Dean head out in front, one of many heads that pepper the highways in these parts although all the others are men in overalls harvesting broccoli or a grandma enjoying a nice head of lettuce. 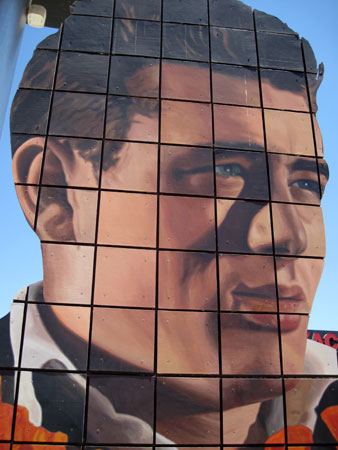 Now that I’m here in Monterey the streets have normal coasty kinds of names and there are no giant heads of Doris Day, Clint Eastwood or any of the other notables who live here. I always have a nice time when I’m here but if left to my own devices I’d be exploring the sights – or lack of them – on Brown Material Road. 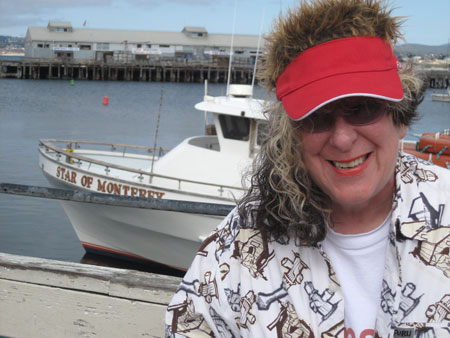