Who You Gonna Be?? 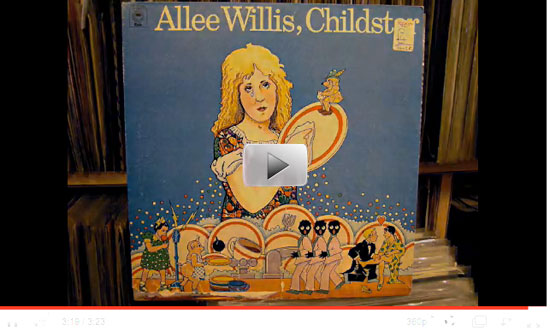 O.k. so the video itself is not much. Just a pan of Allee’s 1974 album Childstar. The song is pure 70’s, with Allee’s distinct vocals. Not sure if Allee would consider it kitsch but I imagine there are many here that have never heard her early work. Having sold used collectible vinyl for a decade in Los Angeles, I’ve heard this album in it’s entirety. Very enjoyable, as I love Allee’s soulful voice. This is the beginning of some very big stuff for the Queen of Kitsch!