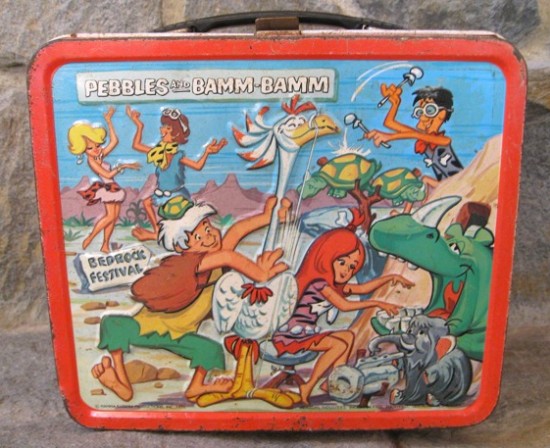 This is a lunchbox for the animated TV series spin-off (of THE FLINTSTONES), PEBBLES AND BAMM-BAMM, dated 1971. Note how the hippy culture plays a role in the content of this show, including the Bedrock music festival which obviously is supposed to evoke a prehistoric version of Woodstock. The voices for the now teenaged Pebbles and Bamm-Bamm were provided by Sally Struthers (playing another hippy on ALL IN THE FAMILY) and Jay North, the actor who played DENNIS THE MENACE before succumbing to the inevitable washed-up-child-star-spiraling-downward trend. 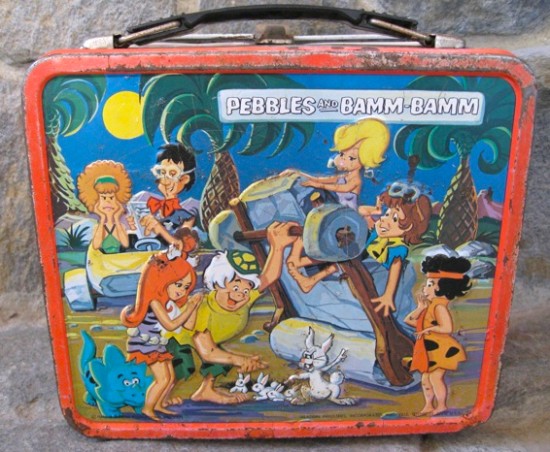 One Response to “1971 Pebbles and Bamm-Bamm Lunchbox”