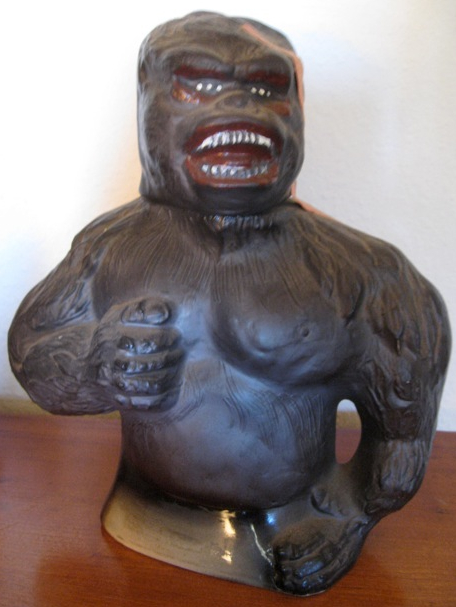 This is a Jim Beam (James B. Beam) heavy glass bottle of liquor commemorating the Paramount Pictures release of the Dino De Laurentiis remake of KING KONG in 1976. The bottle was made by the Regal China Corporation and is full, though it’s never been opened as I didn’t want to break the paper seal that’s been glued onto it that reads, “U.S. Internal Revenue Tax Paid – Distilled Spirits.” The quote up above is attributed to producer Dino De Laurentiis before the movie came out.