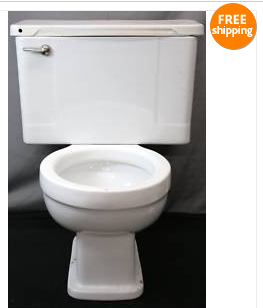 Here’s your chance to own a piece of literary history!

From the eBay description: “Here’s an item you won’t come across everyday! This is the toilet that was personally owned AND used by J.D. Salinger for many years! It sat in his home in Cornish, New Hampshire, and was installed in the ‘new wing’ of his house. When he died, his wife inherited all of his manuscripts with plans to eventually release some of them! Who knows how many of these stories were thought up and written while Salinger sat on this throne! This vintage toilet is from 1962 and is dated under the lid. It will come to you uncleaned and in it’s original condition when it was removed from Salinger’s old home! It will also include a letter from Joan Littlefield. Her and her husband are the new owners of Salinger’s house and are the ones who had the toilet removed and replaced. It is dated April 16, 2010.”

“That’s the whole trouble. You can’t ever find a place that’s nice and peaceful, because there isn’t any. You may think there is, but once you get there, when you’re not looking, somebody’ll sneak up and write ‘F**k you’ right under your nose. Try it sometime. I think, even, if I ever die, and they stick me in a cemetery, and I have a tombstone and all, it’ll say ‘Holden Caulfield’ on it and then what year I was born and what year I died, and then right under that it’ll say ‘F**k you.’ I’m positive in fact.” – Holden Caulfield, from J.D. Salinger’s “The Catcher In The Rye” 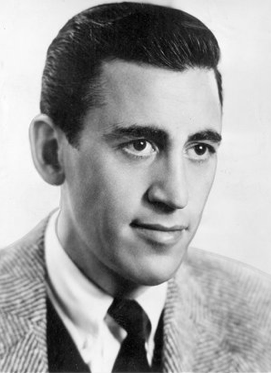 One Response to “J.D. Salinger’s Toilet – Buy It Now On eBay!”