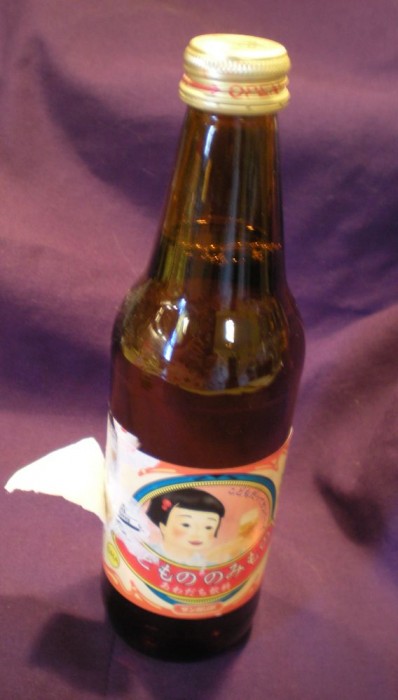 Japan, though a fairly conservative place, is a little less hung up about some things than Americans. Drinking beer, for instance. Along those lines comes Kids’ Beer! 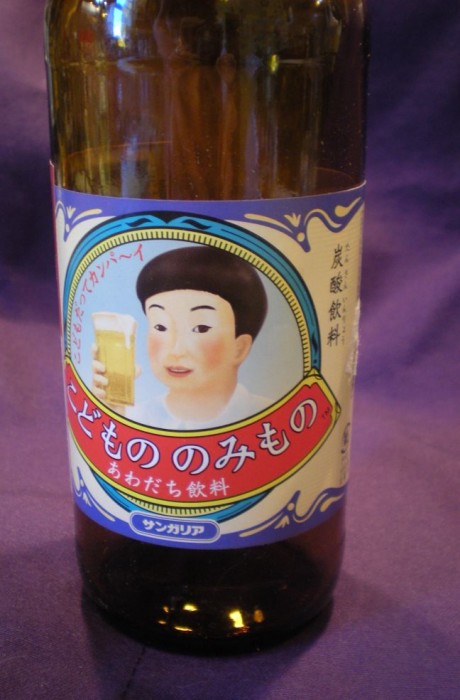 When you pour Kids’ Beer, it foams, bubbles and gets a froth on the top, and really.. looks exactly like real beer. However, when you drink it, you find it’s a delightful apple-flavored soda drink, and it contains no alcohol whatsoever. It is actually a good prop for when actors have to drink on stage but can’t have alcohol, it looks real. I don’t know if anyone but me has ever thought about using it for that reason…. 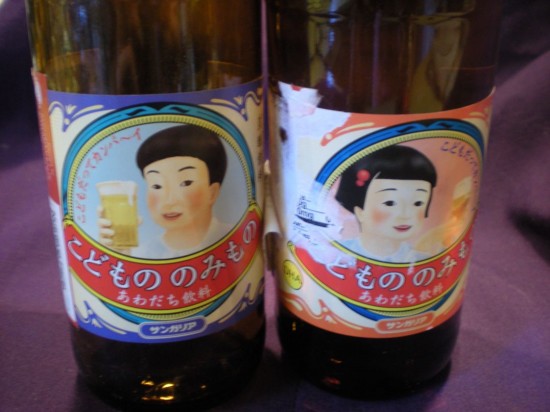 I have heard snuffs of indignant outrage from certain folks that a product like this exists, but I think it’s harmless and fun. Also, it tastes really good. I recommend it. 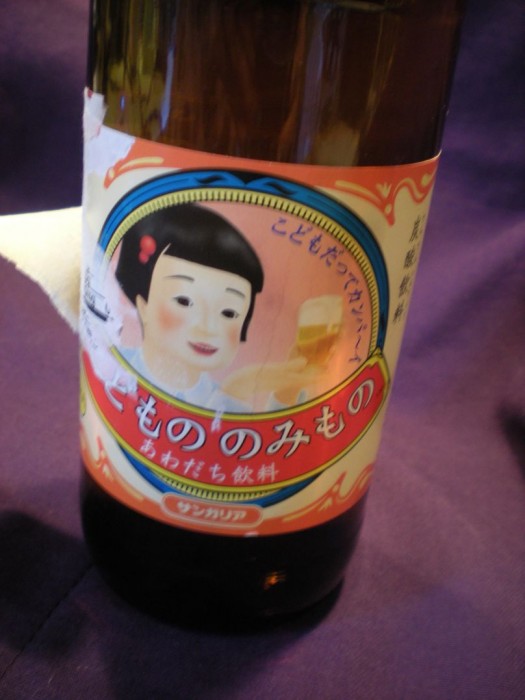 The Japanese on the label translates literally to “Kids’ Drink”, but it’s fake beer. I love how the “boy label” version drinks his beer out of a sturdy-looking glass, while the girl is drinking hers out of a little dainty glass. I believe it also comes in cans and a “dark ale” version. I am not sure if it is still in production… this bottle is kind of old so I’m afraid to drink it, but I probably will anyway. If I pour it, I’ll make sure to take a pic of what it looks like in the glass.

One Response to “Kids’ Beer”