Anyone who knows me knows that I don’t go to concerts. I don’t like the crowds, I don’t like the walking, I don’t like someone singing next to me or standing up in front of me dancing. I understand this is the nature of concerts and I’m not out to change that so I was always happier sinking my head under a set of headphones and listening to the intricacies of the music rather than the idiosyncrasies of the crowd. This includes concerts where my own music is being performed. Of the hundreds and hundreds of songs of mine that have been cut I’ve seen maybe ten of them performed live. One of the most memorable nights ever for me was in 1979 at the Los Angeles Forum when half of the songs performed by Earth Wind & Fire were mine, including “September”, “Boogie Wonderland” and “In the Stone”. Although I’m blessed to have some of my tunes among their most popular I never saw the band perform live again. Until last Friday night when I saw a performance that blew my head off my shoulders and still has me skipping along the sidewalks of Los Angeles, a very happy girl. On the slight chance you don’t know “September”, my first hit with the group, this will jog your memory. For “Boogie Wonderland” go here. There’s a lot more of them but that will suffice as context for this post.

About six months before “September” came out at the tail end of 1978 I started writing with Verdine White, founding member of EWF, pictured with me at the top of this post, and to this day my favorite bass player in the world. We wrote a theme song for a short-lived TV dance show called “Hot City” for a singer named Shelly Clark. Verdine married Shelly and also put me in one of my most important relationships ever, my collaboration with Maurice White, Verdine’s brother whose vision EWF was. Although I’ve seen Verdine often over the years I just saw Shelly for the first time last night since we did “Hot City”. That kind of time span will never happen again. I wouldn’t have even been at this concert if my friend Nancy Ferguson hadn’t insisted that I go after almost every person I knew told me they were going. The one photo I didn’t take last night was of my little family group, Nancye, Jim Burns and Prudence Fenton, who I go everywhere with and who schlepped me to The Bowl on Friday. Here we are a couple of months ago at a vintage slide show: 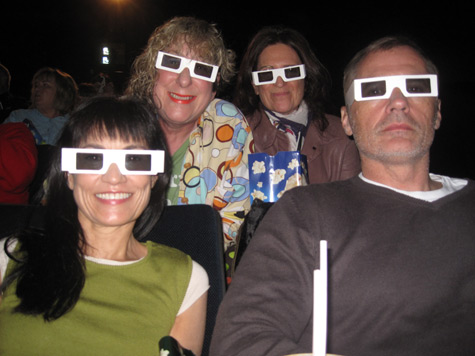 I also hung out a lot with my excellent friend and EWF fan number one, Luenell. Luenell, Shelly and I took excellent head shots throughout the evening. Luenell came with Constance Tillotson. Amongst the three of us we’re known as as Twinkie (Constance), Luenell (Ding Dong) and Hostess Twinkie (me). 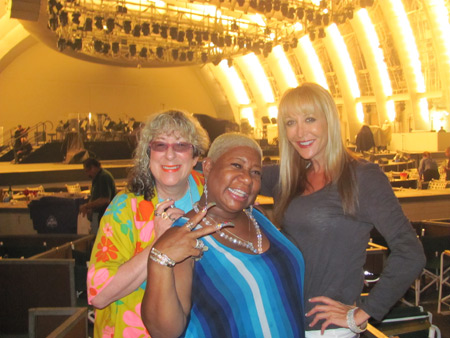 The concert itself was astounding. It never hit me until it started that for the first time in my life I was about to hear my songs played with a live 70 piece orchestra. It was actually the first time Earth Wind and Fire heard their songs this way too. 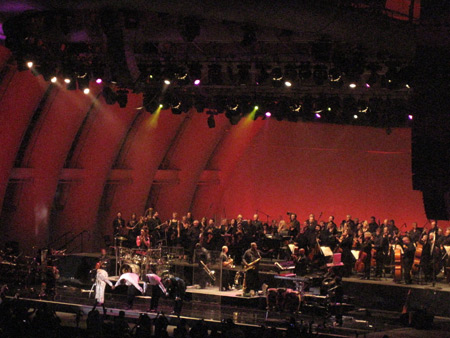 Songwriting can be a lot of work. For me personally, many times along the way it was also a lot of trauma as when you’re a songwriter it’s oftentimes like being the attendant in a restroom; the restroom attendant is there to change the towels and service the patrons/ the songwriter is there to deliver options of music and lyrics and service the artist. I started doing art and videos and later, technology, because I was someone who needed to create all the time. Whereas much of my time as a songwriter was spent babysitting, waking up an artists’ brain from seemingly eternal sleep, waiting around for hours while they decided whether it should be an “a” or a “the” in the lyric or to go to a D in the music and me knowing it should be none of the above. But I have news for you – Every inch of blood, sweat and trauma was worth it when I saw EWF play “September” with a big mofo 70 piece live ass orchestra and fireworks going off throughout the song. I think you can tell how excited I was by this little movie I took on my Canon Elf. People who filled the 17,000+ seats posted a zillion videos of this on YouTube. This one is shot from further back and shows all of the fireworks. 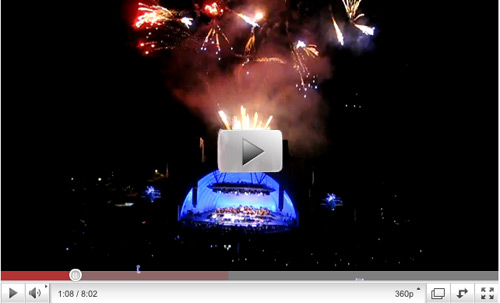 Now I know I’m about to stay up all night writing this because I keep finding all these videos shot from different seats at the Bowl. This one’s from about halfway back. As much as I’m tempted to post the at least 20 of these I’ve seen so far because I’m so eternally grateful for people around the world who’ve embraced “September” for all these years, I promise this will be the last: About a year ago, when I first opened my social network, The Allee Willis Museum of Kitsch @ AWMOK.com, me, Luenell, Verdine and Larry Dunn, original EWF keyboard player who played on all my EWF hits, did a slightly less orchestrated and lit performance of “September” when we performed it at the opening night party in an alley playing on thrift shop instruments. Not at the party that night but always in my heart is Philip Bailey. As anyone who’s ever listened to EWF knows, Philip has just about the most extraordinary falsetto voice as any human being ever created. Until last night at the Bowl it had been at least 15 years since we’d seen each other. I can’t tell you how happy I was to be reunited with Phillip. Just like I can’t tell you how proud I was to be part of this extraordinary group whose message has been rock-solid-2010-spiritually-evolved since they began recording in the late 60s. Phillip felt the same way about me as evidenced in this video that unfortunately cuts off right when he gets going. (I suppose I should be grateful for having even this much of the conversation on tape though truth be told, my heart felt like battery acid was lacing through it when I saw the camera dangling from the arm of the person I had given it to to shoot as opposed to being pointed at us capturing every single once-in-a-lifetime word.) 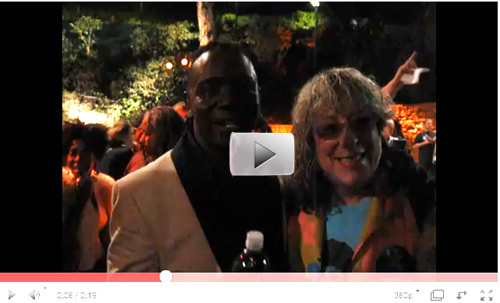 I know it’s hard to hear so I’ve stooped to typing out what Phillip said because it meant the world to me. Phillip: “Allee Willis is one of the greatest writers who ever lived or breathed. Without Allee Willis, a lot of those songs wouldn’t be here for us, for Earth Wind & Fire….”

Luckily I only went for a photograph when I saw Ralph Johnson, the third original member still in the group. We hadn’t seen each other since the early 80s. It will most certainly not take another 30 years for this to happen again. Even the Godhead himself and the man without whom I would never be where I am today as a songwriter took the stage for a few moments. Maurice White hasn’t performed with the group for years and the audience went insane when he walked out. He left before the party afterwards but here’s a photo of us taken a few years ago at the opening of Hot Feet, a musical featuring all EWF music in which I had seven songs. We’re with two of my all time favorite songwriters in the universe, Ashford and Simpson, and LaChanze, who won the Tony for playing Celie in my musical, The Color Purple, playing just down Broadway from Hot Feet at the time. Now back to The Bowl. Here I am with Greg Phillingaines, the completely brilliant artist and keyboard player who also was a prominent part of my musical history, not to mention playing on every important Michael Jackson solo record and about a trillion other ones you know. Not to mention that he’s also playing on “I’m Here”, a song of mine from The Color Purple that’s on Fantasia’s new CD. I had the time of my life Friday night but I still don’t like the crowds, the walking, the people singing out of tune next to me or blocking my view because they’re up on their feet dancing. But if anything could change my mind it was this experience of 17,000 people going nuts while the group who changed my life, a dream orchestra and easily some of the most spectacular fireworks I’ve ever seen accompanied my music.