Ever sit down for a meal in Salt Lake City, Utah, and realize half way through it there’s a Dodo mural in the room? Me neither. 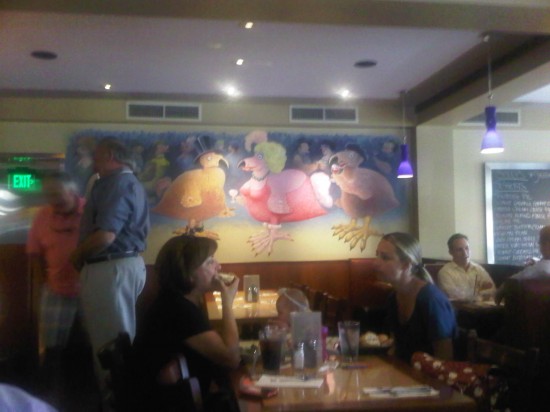 Until today. The Dodo was a flightless bird that became extinct sometime in the mid- to late- 17th Century. It purportedly stood 3′ tall, and weighed up to 44 lbs. The term “Dead as a Dodo” does not apply in this art. These lively Dodo’s are having cocktails, smoking cigars, and are dressed to the nines, replete with rings on their wings and toes. The blonde is my favorite with her painted claws. 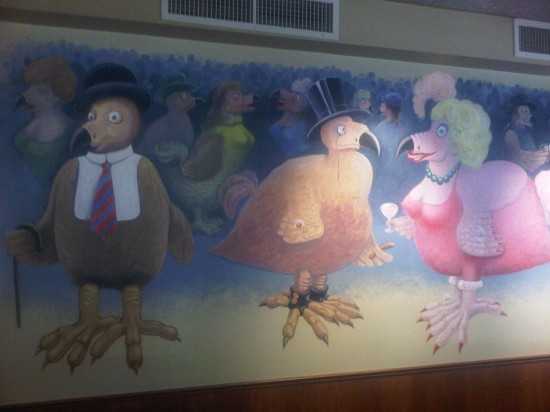 The Dodo Restaurant was established in Salt Lake City in 1981. The menu is varied, but the desserts are spectacular!