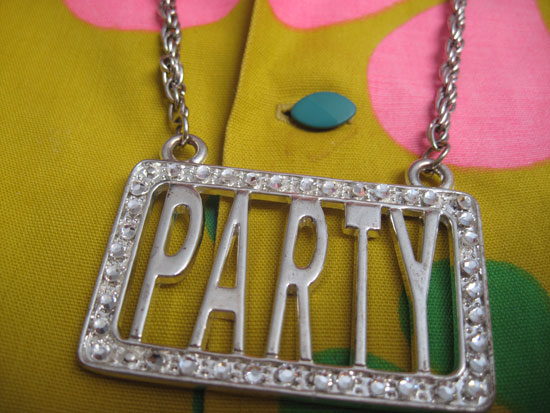 I bought this Party Pendant at a thrift shop recently, brought it home, shined it up and glued little rhinestones on it. I’ve only worn it out a couple of times but people have ooh’d and ahh’d as if I’d gotten it at Tiffany’s. So I decided to make it a habit and wear it when I knew I’d be attending a hot party. I did, in fact, know that Nancye Ferguson’s birthday party Sunday night would be hot as all of her parties are at her amazing Atomic house that gives you one of those aerial postcard views over the entire city of LA. But when I got home and dumped my photos I realized that not only had I forgotten to take a photo with Nancye, the Party Pendant along with every other piece of jewelry I meant to wear had been forgotten in a drawer at home, replaced with my Color Purple backstage pass that I still had on from earlier in the day when I went to see the fabulous new cast of my musical at the Performing Arts Center in Thousand Oaks. As proud as I am to have that pass swinging from my neck, I do wish that my ratty ass cheap Party Pendant were also present as it would have been so appropriate hanging in the following photos.

Here I am party pendantless with Michael Patrick King and Prudence Fenton. 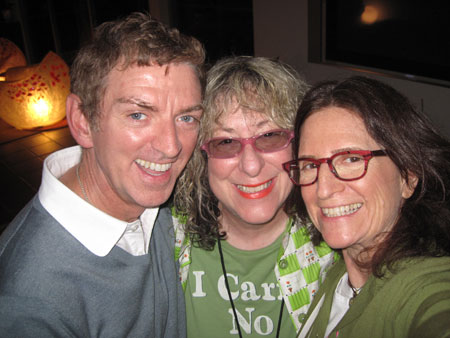 Michael may have written and directed the Sex and the City movies and much of the TV series but this guy wrote The Graduate and created and wrote TV series like Get Smart. 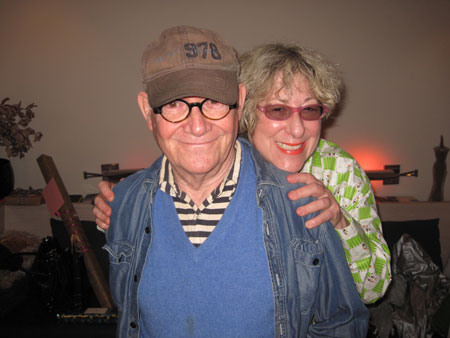 Not that I wasn’t excited to see Buck Henry but I almost needed to be hospitalized when I stumbled onto Dr. Kildare in the kitchen. 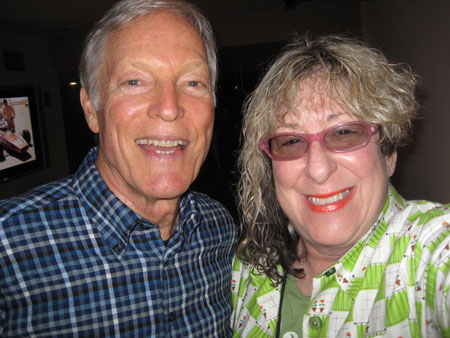 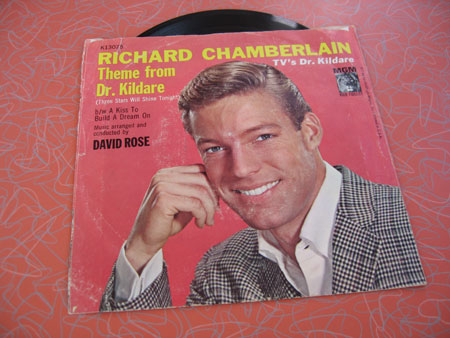 Speaking of doctors on television, here I am with Ian Buchanan, Dr. Greg Madden on All My Children, and Diva Zappa. 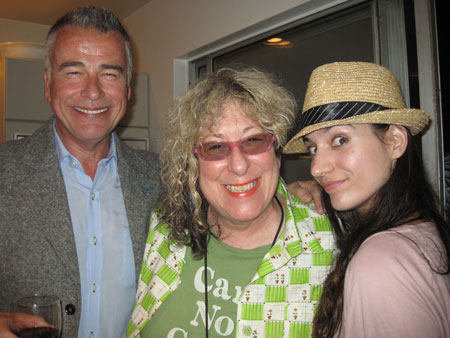 Diva’s father was Frank. Here’s a portrait of Frank carved a few years ago by Diva’s brother, Dweezil. 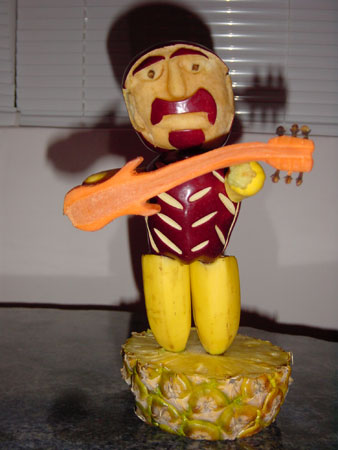 Dweezil was missing in action Sunday night but here I am with his mom, Gail Zappa. And here I am with Pamela Des Barres. Among other things, Pamela used to babysit for the Zappa kids and was in the all girl band Frank put together in the 60’s called The GTOs. 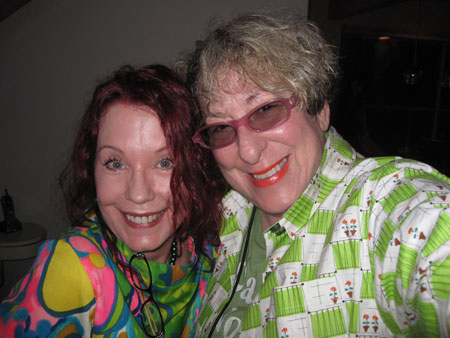 It’s ancient history but Lisa Loeb used to go out with Dweezil. 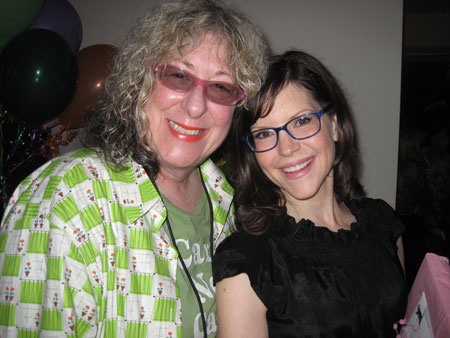 In 1999, Lisa commissioned my alter ego, Bubbles the artist, who I used to manage, to do a portrait of Dweezil and all the things he loved for his birthday. Lisa is standing outside the window playing golf, Dweezil’s favorite sport. 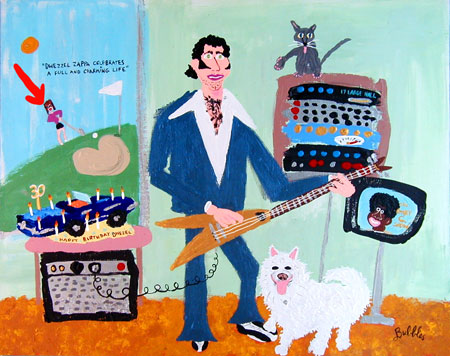 I wish I could say that we played golf or did anything other than taking long rides on Sunday and eating in dives and somehow tie it into the rest of the narrative, but here I am with Charles Phoenix and Jack Nesbit. Ultimately, I can only tie that photo in by saying that Charles and Jack brought the balloons we’re standing in front of for Nancye’s birthday, the one person I somehow forgot to take a photo with. Here’s one of us for reference, taken at Diva Zappa’s birthday party last year, tying things up nicely. 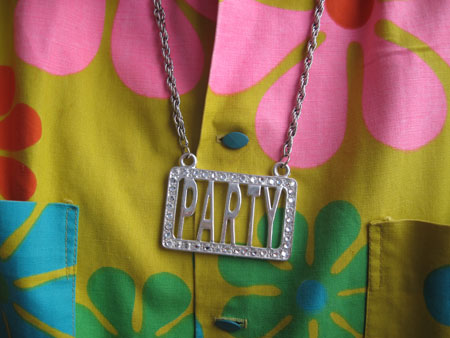