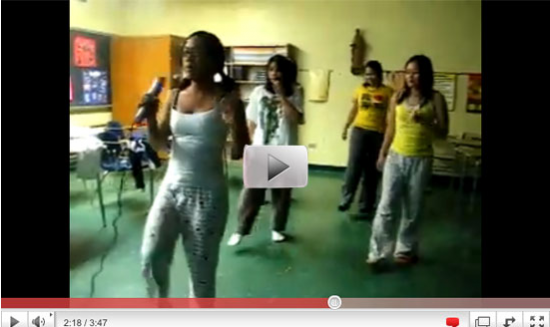 I hope someone donates a new microphone to the school as without all the muffle there’s a pretty good voice under there. But someone should remind Moleka that camera mics also pick up the voice of people standing near the camera while it’s recording. I’ve seen so many line dances now to “September” it’s amazing to me that no one has added on to the only four bars of steps in the choreography. My legs would get numb just repeating this over and over again. I think that’s what happened to Moleka.