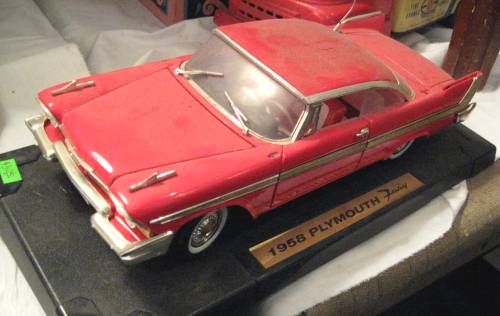 Though I was only 10 or 11, I remember the 50’s as an amazing time when you could look at a car and know the year, the make and model. As I recall, starting in 1957, the rear was the car’s signature. We had a white ’57 Chevy. The folks across the street had a ’57 Chrysler Imperial in coral pink. Another neighbor had a black and white Ford. The kind where the hard top folded into the truck, and it was an instant convertible. Every car was bigger than the next. I was a visual kid. The memory stayed with me.