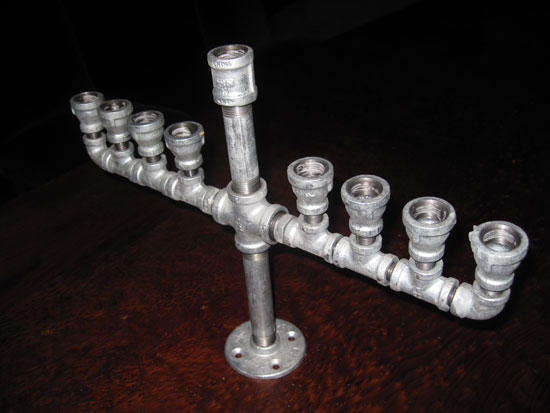 I don’t know where this fantastic metal pipe menorah came from but it was sitting in the middle of my friend Judy Freed’s Hanukah table and begged to be commemorated on the shelves here at The Allee Willis Museum Of Kitsch. Had I seriously taken note of it earlier I would have photographed it with candles ablaze but I got to Judy’s late and was completely distracted by the plethora of Jewish delights that are reliably laid out at her holiday spreads. Without question, she makes the best brisket I’ve ever tasted. It’s so tender it cuts itself if it even senses utensils coming near. 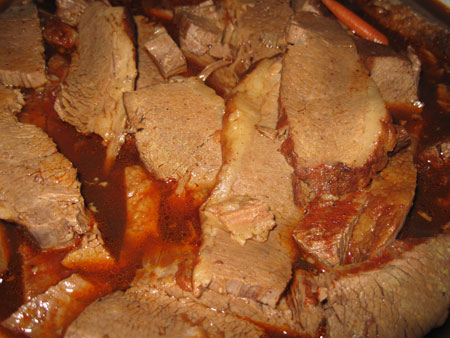 The potato latkes were the perfect blend of crisp outside and mushy inside.

The noodle kugel also had the crisp/mushy thang goin’ on. 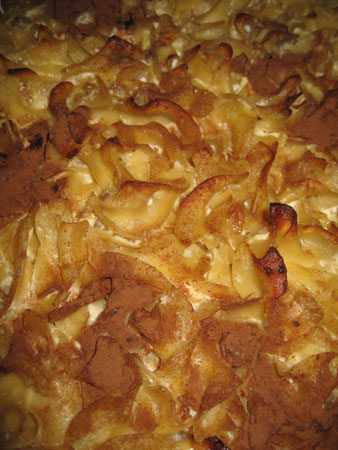 This dish was a little straight for me but I guess it was needed to counteract the Jewish starch attack: 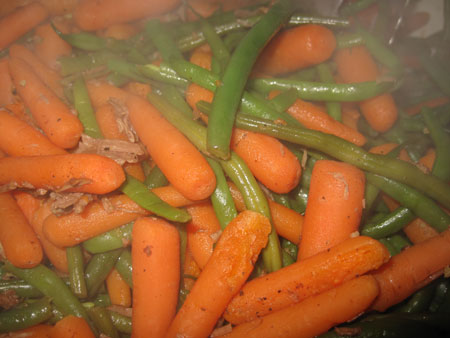 I’ve been going to Judy’s for the Jewish holidays since the early 1980’s. I used to dress for the occasion. 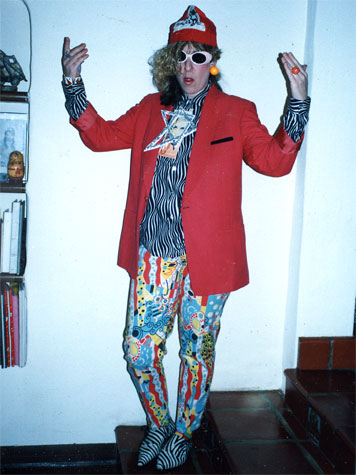 I know it’s hard to see details in the photo but I’m wearing a 1950’s souvenir hat from Israel, a massive glitter Jewish star necklace and jewelry all made in Israel. The rest of my clothes didn’t have much to do with Judaism but they haven’t fit me in a couple decades so there’s nothing lost in terms of me clothing myself appropriately to go to Judy’s these days.

For dessert, Judy also made chocolate chip cookies the size of tires. But they were brought out at the moment I noticed the lead pipe menorah so I thankfully forgot to chow down a set of four because I was too busy fumbling for my camera. 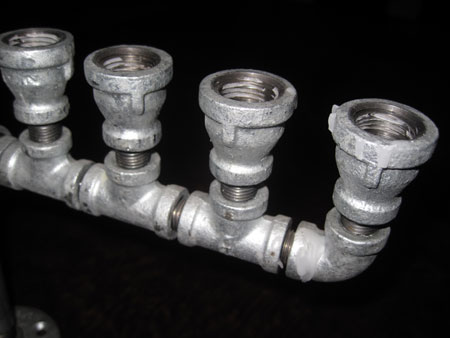 The menorah is unbelievably heavy. But then again, so is the reason we celebrate Hanukkah. 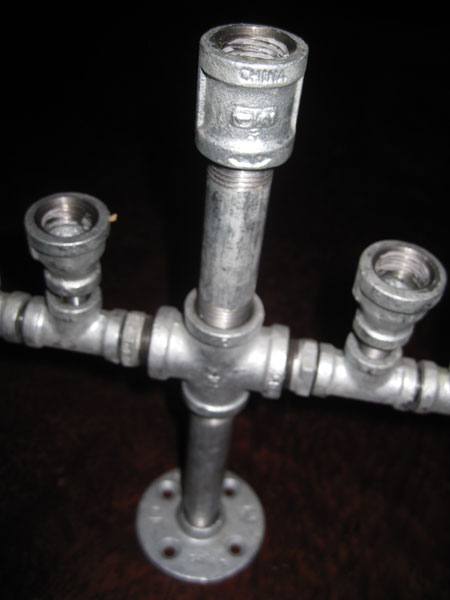 So Happy Day 6 of Hanukah and may you steer clear of holiday cooks whose food tastes more like lead pipes than brisket, kugel and all the other festive food that lights up a holiday table. 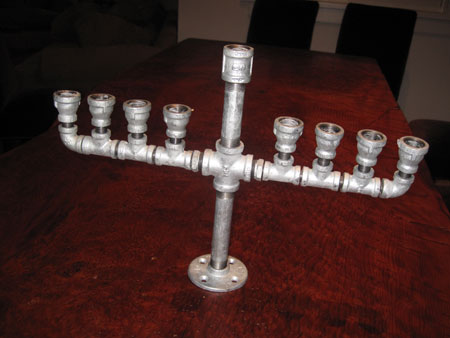