I just had a chance to post two great submissions today and realize I have to race out the door RIGHT NOW. No time to even post my own stuff let alone anymore of yours today. Back tomorrow with lots more. In the meantime, here are two photos from last night at Peter Asher’s amazing one-man show commenting on his career. If you don’t know him, he’s an institutional force in music, starting with his days as one half of Peter and Gordon, then running A&R at The Beatles Apple records (he and Paul were roommates and his sister, Jane Asher, dated Paul in The Beatles’ heyday), discovering James Taylor and producing a plethora of hits, most notably Linda Ronstadt’s run of them in the 80s. Eric introduces Peter and closes the show. Here I am backstage with both of them. I stayed out really late which is the main reason why I’m not prepared today so blame the two of them. 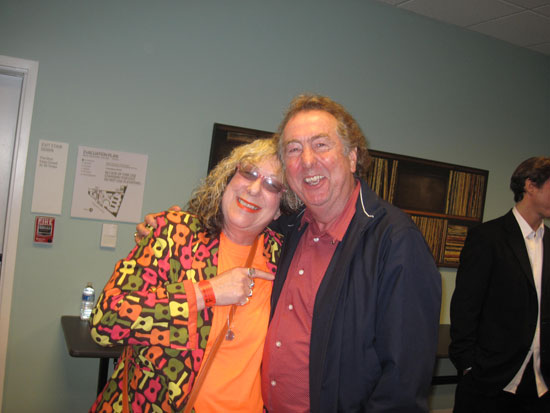 8 Responses to “Too crazy today… Eric Idle and Peter Asher”